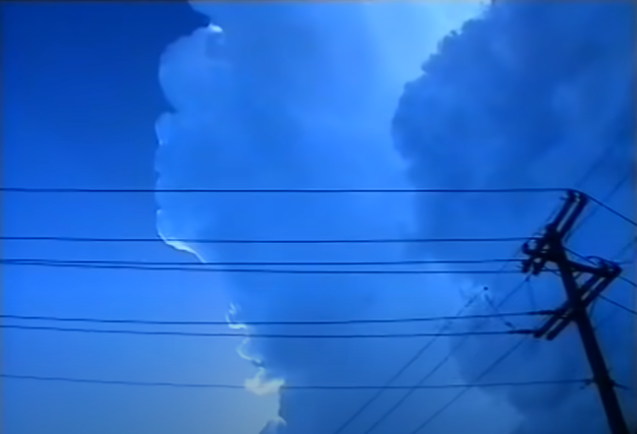 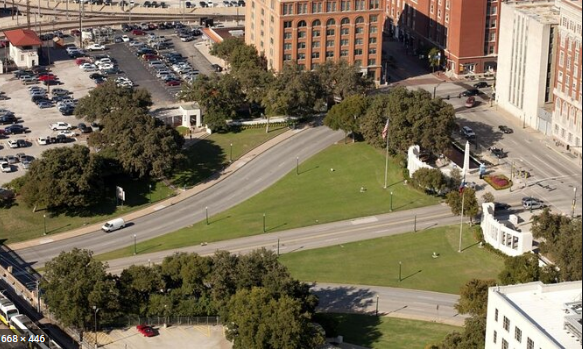 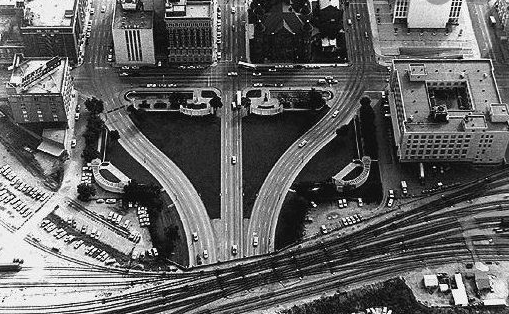 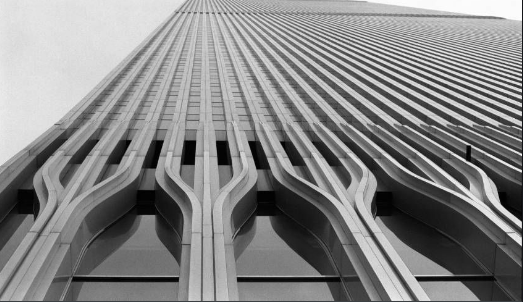 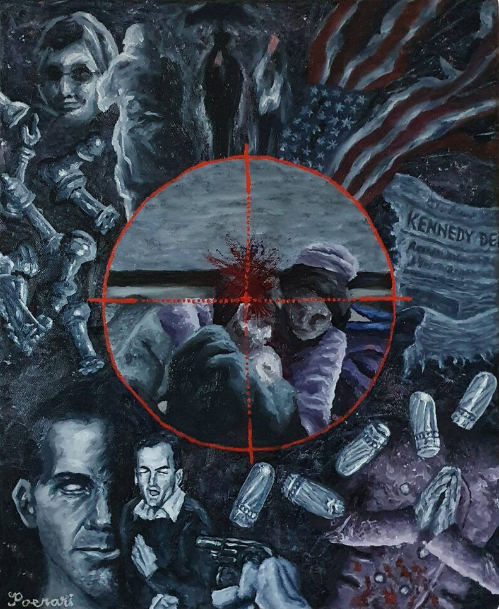 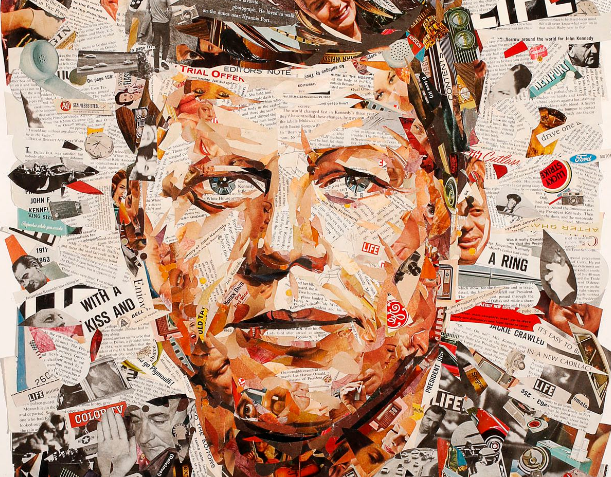 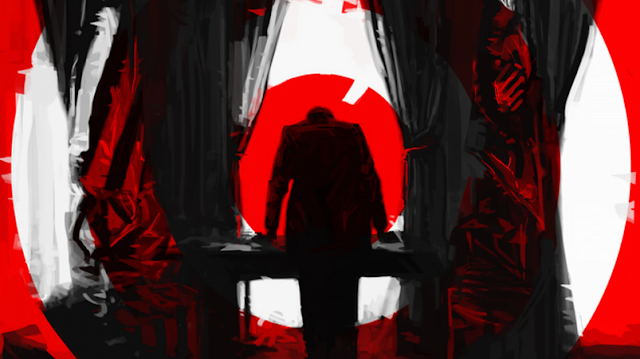 “There's the scarlet thread of murder running through the colourless skein of life, and our duty is to unravel it, and isolate it, and expose every inch of it.”  A Study In Scarlet, Arthur Conan Doyle

Perhaps by some twist on the road of fate, eddies in the space-time continuum, or some random dark stellar alignment, during some years the past seems far closer than at others, and this year in the runup to November 22 as well as on the day today, I FELT the JFK assassination down deep in my bones all over again, almost like never before.

Perhaps because the paperwork on all those “ultimate” documents keeps getting pushed back on every anniversary that threatens disclosure; perhaps because those bloodline families that had the most to do with the atrocity and were well immersed in it keep getting cover, the original Nightmare on Elm Street just keeps on nightmaring, like a perpetual motion machine of chaos and ruin.

Make no mistake, without what happened in Dallas on 11/22/63, could there ever have been a 9/11? A seemingly genocidal Covid agenda? Extremely doubtful on both counts. Every bad dream must have a beginning, and for this country and its inhabitants (in workings that would soon spread to engulf the entire world) it began with the perverse, psychedelic, and vile machinations of November 22 58 years ago – the echoes reverberate and continue to this day. The footpath to the American Dream turned black back then, and we’ve all been stumbling our way blind and in near total darkness ever since. We were lost, and we’ve yet to be found.

If they can kill a President of the United States in broad daylight, while the machineries of justice and truth barely register a quiver, who amoung us is safe? That appears to be the alchemical message that was meant to be delivered, and it lasered in to the collective psyche and blew us all to smithereens. We have yet to be put back together.

“They” had to know that his brother would never rest for a second in his lifetime until be brought his brother’s killers to ultimate justice. So for good measure, they killed him too.

And here we are. Ready to re-examine evidence, turn over every rock for clues, and follow that scarlet thread down thru the eras every year like clockwork until we see something tangible done – until this monster movie finds a fitting end without a “?” as the credits roll.

Towards that end perhaps every year, inch by agonizing inch, we draw a little bit closer. We see visible threads, emerging like slowly developing Polaroids out of the mists of time, connecting this network to that one. We see common ground in shared perversity amoung them all, and we begin to draw a bead on who to take aim for – who to target in this rogue’s gallery that glorifies the occult and the taking of innocence. These are the two major twin pillars of accreditation in these secret orders and secret societies that run the world. And let’s remember what JFK said about them: https://www.youtube.com/watch?v=Zxx1BWXI4AA

According to the memo, the archivist of the United States has told the White House that "making these decisions is a matter that requires a professional, scholarly, and orderly process; not decisions or releases made in haste." Because gosh darn, 58 years after it happened is just a bit hasty – this is like fine wine: we will release no incriminating document before its time!

All those Bushes and Rothschilds and Rockefellers have to be safely scrambled into the clear first, after all.

And to find where exactly the David Ferrie/Clay Shaw forces fit into the template of what’s transpired and what we’ve found out about our world, especially since 2016, all you need to do is go here and place everything in context: https://isgp-studies.com/john-f-kennedy-assassination-of-1963

Not that I agree with everything on this site – far from it when it appears to buy into the absurd Deep State smear tactics that labelled hero Jim Garrison himself a pedophile for discrediting purposes – a trick of projection still being used by the radical and fascistic left today: accuse your enemy of what YOU are guilty of. Indeed, it seems to work all too well – but it’s a site that also includes information found nowhere else, such as:

“Shaw’s personal notebook similarly reveals these ‘fascist international’ ties, a network primarily explained in ISGP’s articles on the American Security Council, Le Cercle, and Opus Dei. His ties expanded to 2 members of the Borghese family, linked to an attempted fascist CIA coup in Italy thru Prince Valerio Borghese and to America’s UFO disinformation network thru Princess Amanda Borghese. They also included Princess Jacqueline de Riquet de Caraman-Chimay, whose family is fingered in the Dutroux X-Dossiers as having organized elite child hunts, protected by CIA-linked Nazi militias, at their domain in southern Belgium. Coincidentally, during a search of Shaw’s home, Garrison found hooks suspended the ceiling with bloody palm prints all around. According to the maid, at least one person had died in the house.”

Tying these type of accounts together with the backstory of Ferrie, which included not only hanging around with the likes of Shaw, but also featured hypnotism, bioweapons experiments, particle colliders (both at Tulane), and extensive pedophile ties, as well as being mentor to both Oswald and drug-running expert of Iran-Contra fame Barry Seal, who not only was said to have piloted the Dallas getaway plane but also rubbed shoulders with 2 inextricably-linked presidents in George H.W. Bush and Clinton during the Mena, Arkansas pipeline days, and you quickly begin to see how all those blackmail wheels begin to turn….as well as how quickly these doors lead you straight into 9/11, and how those doors lead you straight into Covid.

And then read this: https://isgp-studies.com/belgian-x-dossiers-of-the-dutroux-affair

to find out just how deep the rabbit hole goes in regards to the jumping-off point of the JFK assassination – you won’t stop until you reach the outer limits of names like Oliver North and Michael Aquino, and ops like Franklin and the Finders.

And even those are not the end of the road….

See the look in LBJ’s eyes as he stares the President up and down and you immediately know. Chilling. What an utterly deplorable POS that psychopath was. https://www.youtube.com/watch?v=dsdkyl9jt9M

Note in particular the passage that states -- Crossroads were also places of human and animal sacrifice and such rites were often carried out in conjunction with magica sexualis since the participants recognized an existing relationship between fertility and death.

Now think again of where JFK was hit, the Triple Underpass, a crossroads if there ever was one. Wonder again what such a conjunction of forces might play in today’s atmosphere of the radical left and things like pizzagate, spirit cooking, what’s on the laptops of Anthony Weiner and Hunter Biden, and just what is being used in ritual, and to what ends. Now remember the things that Clay Shaw and David Ferrie were up to, and you begin to realize this isn’t such a little Club anymore, it’s a Big one, and one that is exhibiting all the hallmarks of a Cult. Blood. Sex. Magick. Death.

Now let’s go even farther, and wonder why is it perhaps that the latest target (and perhaps the most important one) in the vaccine rollout is children.

And it’s only just beginning: https://www.reddit.com/r/conspiracy/comments/qzx72g/covid19_cases_in_children_are_up_32_from_two/

Final figures, for every child “saved,” (and with the spurious outcomes and side effects those are massive air quotes) 117 will die. Check it, that’s a 117-1 ratio courtesy of the CDC and FDA.gov itself. Job well done Big Pharma!!

And this all started on Elm Street…can’t have one without the others.

On this day let’s also fully remember all of those that died from just being in that orbit: https://www.reddit.com/r/conspiracy/comments/qzuzxz/every_year_on_november_22nd_the_world_remembers/

Reentry was flaming, painful and deadly from flying too close to the Sun King.

I’ll just creep stealthily away on one more November 22, and leave this here for you, for so many reasons: https://www.youtube.com/watch?v=BckPa2_A8gI

And perhaps pertaining to none of this….Ghislaine Maxwell’s trial is underway on the 29th. We will be getting to all of that, rest assured.

Happy Thanksgiving everybody, stay safe, and we'll convene again on the other side.

And Rest In Peace JFK.