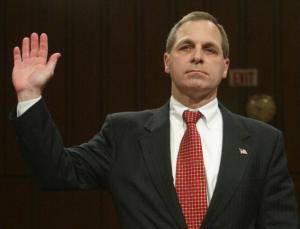 “Once is happenstance, twice is coincidence, three times is enemy action.”
-         Ian Fleming
“I knew by now that when a group of individuals gravitated toward one another for no apparent reason, or a group of individuals inexplicably headed in the same direction as if drawn by a magnetic field, or coincidence piled on coincidence too many times, as often as not the shadowy outlines of a covert intelligence operation were somehow becoming visible.”
-         Jim Garrison
Has anyone noticed the dearth of headlines coming out of Penn State since “the cleaner” entered the picture as lead investigator of the whole mess? First came Ken Frazier, CEO of Merck, and we just knew we could trust him because who wouldn’t trust the man who first foisted Vioxx on us and then lied to cover up all the deaths it was causing? Then he brings in the master fixer, Louis Freeh, ex-head of the FBI. What, was Henry Kissinger busy?
A science fiction writer, a Philip K. Dick, couldn’t come up with these other-worldly scenarios…Louis Freeh was instrumental in covering up the fallout from the Waco massacre of the Branch Davidians, where he suppressed reports that the FBI , Delta Forces, and the BATF used incendiary devices which more than likely started the fires that consumed the compound that killed every man, woman, and child that day.  Louis Freeh was instrumental in covering up the lurid, telling details of the Oklahoma City Bombing, and stands as at least accessory-after-the-fact in the death of Terrance Yeakey, the details of which are coming up. He was also part of the chain-of-command that saw Louis Jolyon “Jolly” West assigned to Tim McVeigh when he was in prison. Jolly West was the top mind-control doctor in the country who had also been the private prison liaison with Jack Ruby, Patricia Hearst, and Sirhan Sirhan. Great. Nothing fishy there. Let’s move along. 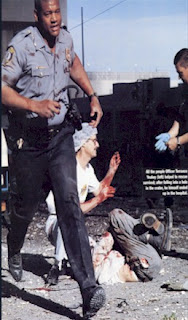 Terrance Yeakey was a bear of a man, looking more like he belonged on your nearest NFL field than a stalwart in the Oklahoma City Police Dept. He arrived on scene just minutes after the bomb(s) went off on that chilly April 19th morning 16 years ago. Within the first half hour, he realized something was wrong. Whether he overheard strange conversations in the air among the BATF and FBI on scene isn’t known. His ex-wife later admitted he’d told her “It’s not true. What they’re saying, it didn’t happen that way.” She also disclosed that he’d been very upset by something he’d seen under the daycare center that morning, perhaps the presence of other ordnance with military-grade mercury switches as affirmed in this affidavit. (Also the exact same devices that were found at Columbine, but that's the same Standard Operating Procedure for another time, another place.) 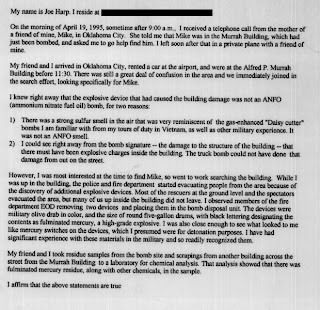 Whatever the case, he wanted to go back and photograph his discovery but was quickly denied access to the site.
Sergeant Yeakey had told friends he was going out of town to either hide or secure “evidence of a cover up of the bombing by federal agents.” In his last known conversation, he told a friend that he was being “followed by the FBI and had to shake them.” His body was found in a field in El Reno on May 8th, 1996, some 30 minutes from the blast site. Both forearms and wrists had been slashed eleven times, his neck slashed twice on either side down to the jugular. He then crawled nearly a mile and a half away from the ostensible original scene, the front seat of his car where one investigator said it looked like "a hog had been butchered," over a razor wire fence, before shooting himself in the head with a small caliber revolver on a suspiciously downward angle. He also exhibited rope burns on his neck, handcuff bruises on his wrists, and muddy grass imbedded in his slash wounds, strongly suggesting he’d had help covering his final distance. Strangely, the revolver in question wasn’t found by first responders. Not until the FBI arrived on scene was the weapon secured. Note the 40-45 degree trajectory; perfect if you’re a kneeling target, wouldn’t you say?  Do I even need to tell you this was officially called a suicide? 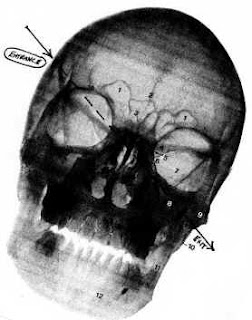 Tonia Yeakey moved five times in the first three years after her husband’s death. To the present day she continues to receive threatening mail, phone calls, as well as the ever-popular home break-in; the last one featuring a single balloon floating ominously. On it the words “we know where you are” written in black.
Ironically, Yeakey had just completed his final courses for entrance into the FBI. He was 30 years old. 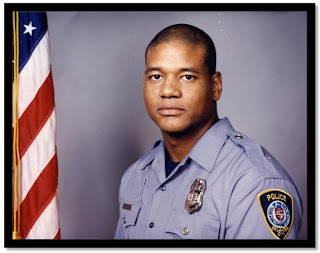 This is the milieu in which Louis Freeh operates. This was his FBI, where he made sure everything came from the top. Interestingly, he also started CARNIVORE, the project that stole encryption codes to such an extent, and at such a rate, that every single PC and cell phone in the country was vulnerable to back-door monitoring. Think of it. Every. Single. Conversation.  Also handily completed over one year before 911. Ponder the implications of that for a minute.
Just today came word that Sandusky has been arrested again, leaving the hope that things have reached such a virally monumental  flashpoint that the likes of even a Louis Freeh can’t keep it all contained. But don’t you bet on it.
As for Terrance Yeakey, he found out too late that when the FBI takes care of their own, they really take care of their own. People like Louie make sure of it.
Posted by wordman at 10:33 PM