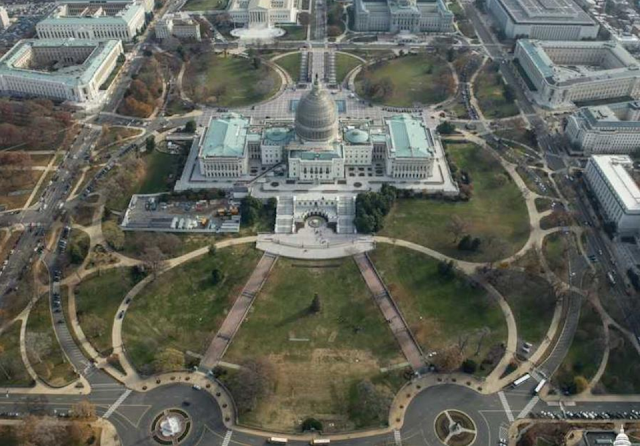 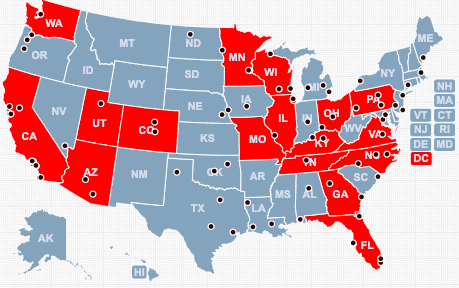 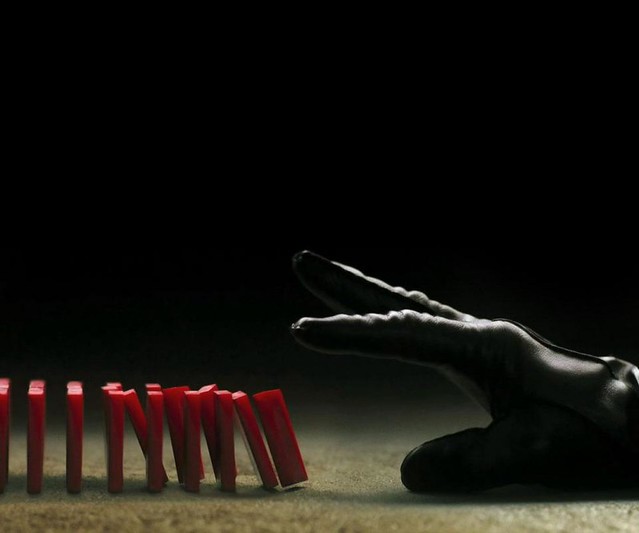 “Between the idea and the action falls the shadow.”  T S Elliot

“Here we stand and here we fight
All your fallen heroes
Held and dyed and skinned alive
Listen to the Congress fire
Offering the educated
Primitive and loyal
Welcome to the occupation
Hang your collar up inside
Hang your freedom higher
Listen to the buyer still
Listen to the Congress
Where we propagate confusion
Primitive and wild
Fire on the hemisphere below
Sugar cane and coffee cup
Copper, steel and cattle
An annotated history
The forest for the fire
Where we open up the floodgates
Freedom reigns supreme
Fire on the hemisphere below
Listen to me
Listen to me”……. Welcome to the Occupation, REM  1987

Some spooky events have transpired very recently within the larger narrative that I need your input on psychonauts.

Let me know in the comments what you think.

Next time we’ll get back on the COVID structure that I’ve discovered lots more pertaining to (particularly of the sinister variety), but for now certain discrepancies in the story that lit the fuse for the burnin and lootin that has spread worldwide scream for some kind of clarity.

We don't need to riot more or less, we just need to riot smarter. Against the very real people that are hurting us -- that have always been hurting us. This has nothing to do with reparations or black vs white nonsense. This is about targeting the correct enemy: the manipulators, the overlords that control all of our lives.

We should ALL have been in the streets early and often every single day since they killed a president in the street in broad daylight. Since 9/11 when the real perps skated away with billion dollar stock portfolio upgrades. Since the Epstein network continued on without him and there have been zero prosecutions. Since we all discovered they were lying to us brazenly about what COVID-19 was and what agenda was behind it.

In the immortal words of tweetster VonYugen a day ago, “Flatten the curve turned into flatten the neighborhood turned into welcome to the New World Order real quick.”

First there is the immediate fallout of the killing of George Floyd by Minneapolis officer Derek Chauvin, which has led to nationwide riots, but the prequel to their crossing and the ways in which these riots have erupted tells a much larger, more convoluted tale. And beyond this…the hidden hand reveals even more when analyzed.

If you think the names Gates, Buffett, and Soros popping up prominently first in the great COVID scamdemic, only to reappear as players in this summer of hunka hunka burning love is somehow  weird – then stick around – you are welcome here and your third eye is about to be squeegeed open quite nicely.

Play along with me: We get too close to outing the Epstein network and we get COVID.

People everywhere get too close to outing what COVID is (the surveillance grid, the mRNA manipulation, the genetic testing, the vaccine with the chip, Gates, Fauci, Birx, etc) and all of a sudden we get nationwide (Antifa) riots exploding.

One thing leads directly into the next. Per 'Q,' how many "coincidences" does it take?  This is A PATTERN of deliberate disruption whenever a major part of their agenda is about to be exposed on a massive scale.

….They all perhaps have miscalculated a bit in that they have placed these 2 destabilization ops too close to each other – proximity alert!! – because if there is not one whale of a Second Wave of killer mutant ColdFlu as a result of these riots in a few weeks, then it’s going to be quite obvious that the whole Pandemic thing was complete bs from the start and we were all lied to in a rather tsunami-like scale and fashion of jumbled numbers, manipulated stats, completely wrong prognoses, and outright blatant falsehoods from everyone in authority that we trusted: Gates, Fauci, Birx, WHO, CDC, the Imperial College, and on and on and on.

But will we hear about this on any MSM? I’m predicting right now…..not a peep. It’s all gone up in flames as it were, until, of course, they need it again.

Let’s all begin by looking at these suspicious details regarding everything that we’ve been inundated with over the past week.

First there was this black-clad man with a black umbrella knocking out windows with a hammer. Said to be Jacob Pederson of St Paul (but disavowed by the St Paul PD.) Obviously the umbrella makes facial recognition, even from above, impossible.  https://www.youtube.com/watch?v=gmq9qqcdTNc

Despite the PD denials, his ex-wife identifies him here: https://discussglobal.com/police-dispute-jacob-pederson-minneapolis-riots/

Possibly it is also meant to trigger in the collective unconscious the umbrella man from Dealey Plaza. There is much more happening under the umbrella and behind the mask. https://en.wikipedia.org/wiki/Umbrella_man_(JFK_assassination) 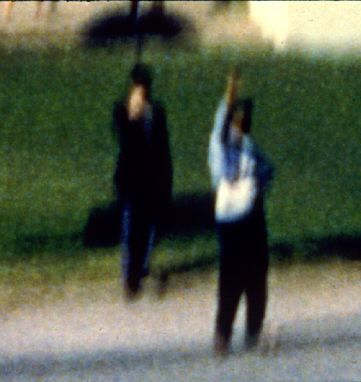 Then there are the mysterious pallets of bricks which began showing up at riot sites, first in Dallas, and then spreading nationwide. https://twitter.com/ali/status/1266622746571800576?s=19 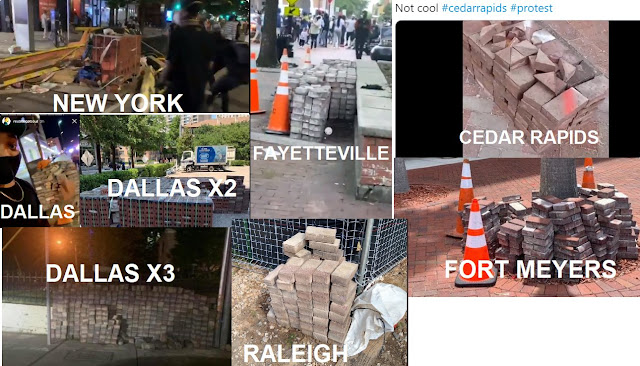 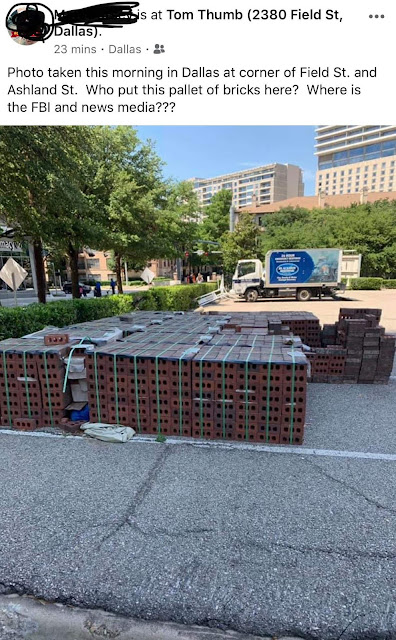 It is also the same in Colombia: 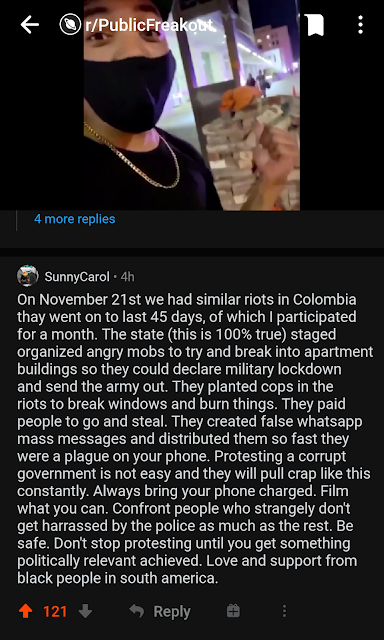 It turns out that all of these shipments originated at 2 outgoing Texas locations (Euless and Denton), and all from one ACME BRICK.  https://en.wikipedia.org/wiki/Acme_Brick

Acme Brick is owned by Berkshire Hathaway. The same Berkshire Hathaway of Warren Buffett and Bill Gates, who stepped down from the board in March, possibly to distance himself from something he knew was coming. 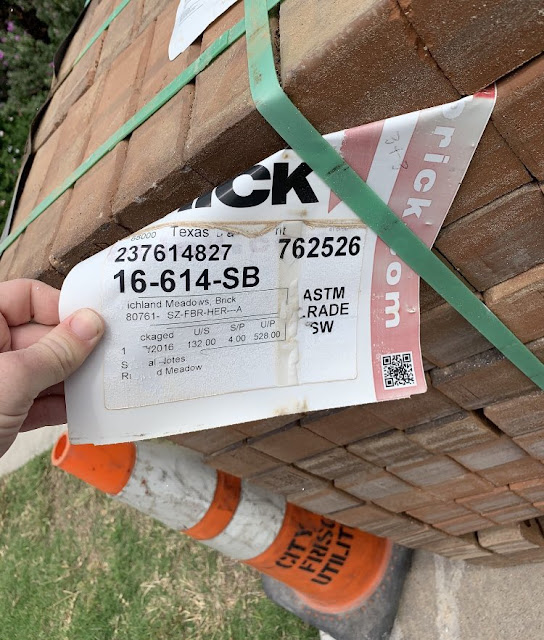 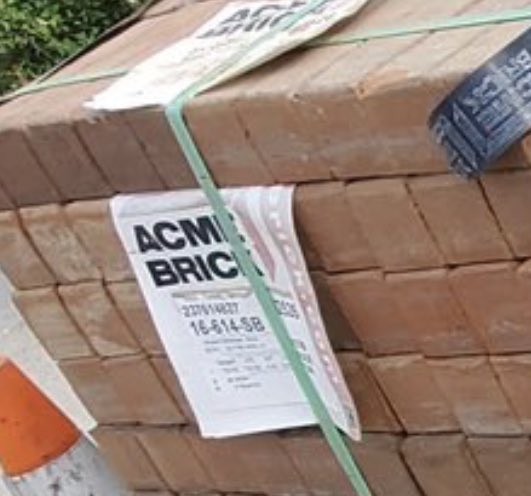 Warren Buffet owns Berkshire and welcomed Gates into the fold. Acme Brick is on damn near every house in Texas. Also they do not sell bricks to just anyone… you have to be a contractor and have an account with them. This is just one more inside job.

Speaking of which, on 9/11/01 Warren Buffett, an investor in unmanned aerial vehicle maker MITRE, hosted a breakfast meeting of WTC CEOs at Offutt AFB, where President Bush later landed that day:  http://911research.wtc7.net/sept11/analysis/topanomalies.html

Long story short, these are more black, Deep State ops by the guys behind the scenes that have been there all the time, driving Chaos in the form of Iran/Contra, Pedo rings, 9/11, Epstein, COVID, Antifa, riots, destruction from within – it’s all the same old story written by the same old people.  Just think, hundreds of bricks showing up, on cue, in every city, just down the street from the nicest stores in every town. Chicago, Detroit, NY, Dallas, DC, LA, San Fran, Philly, and on and on. That’s a lot of coordination, wouldn’t you say?

Now, on to Derek Chauvin. First of all, before his arrest he went missing for a period of time, what was that all about? And to add more mystery, his neighbors never even knew he was a policeman: https://truepundit.com/watch-minneapolis-cop-at-center-of-george-floyds-street-murder-has-gone-missing-neighbors-say-they-didnt-even-know-he-was-a-cop/

And he and Floyd also happened to work security at the exact same nightclub: https://kstp.com/news/george-floyd-fired-officer-overlapped-security-shifts-at-south-minneapolis-club-may-28-2020/5743990/

Maya Santamaria, the nightclub and building owner, had owned both for 2 decades but just happened to sell within the past few months.

According to this source, the nightclub also happened to function as a temple of the Independent Order of Oddfellows: https://voat.co/v/QRV/3848306

This is looking like a cleanup Op buried conveniently within the rioting (perfect.) According to multiple sources, El Nuevo Rodeo was a money laundering Op run by the sister of a Hamas fundraiser who also happens to be Ilhan Omar’s second biggest donor. From this twitter account:  https://twitter.com/DrDannielle/status/1267630433807843333

When Chauvin was arrested, he exhibited distinctly different facial features to the Chauvin kneeling on Floyd’s neck, and also appeared to have regressed in age some years: 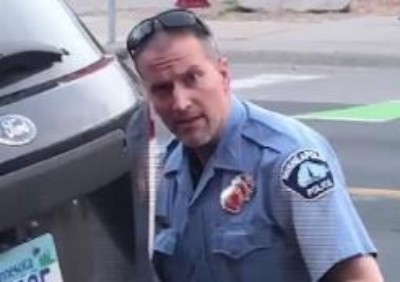 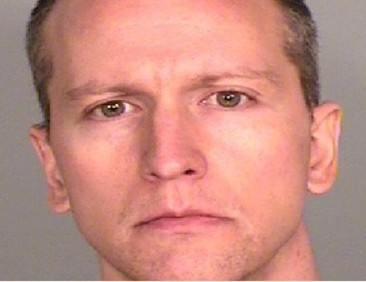 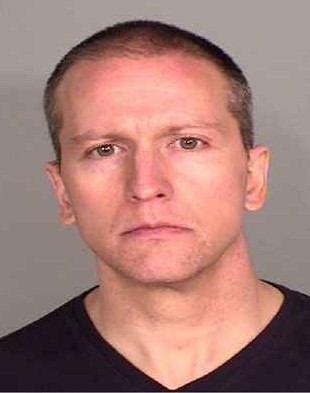 More fun facts about Chauvin: it appears he had relocated to Minneapolis from none other than Windermere, Florida. 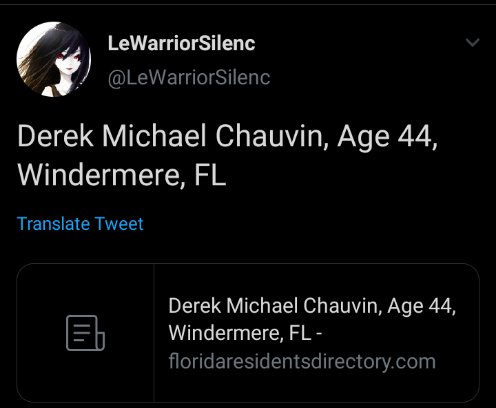 Windermere happens to be one of the most exclusive, prioritized, elite enclaves anywhere on the East Coast. Never mind the logistical “wha?” of moving from Florida to Minnesota…the sheer impossibility of being able to subsist in the poshness of Windermere on a cop’s salary alone needs pointing out and underlining.

Then there is also the spook factor: Windermere is a mere (heh heh) 26 miles and 38 minutes on 417 (closer as the drone flies) from Lake Nona. And just what is Lake Nona and why should I care, you say? Because being in the suburbs of a place so connected it might as well have its mail delivered by vacuum tube straight from Langley just might have its perks.

This screams “experiment.” Or a Deep Intel “safehouse” community where you get sent to be reprogrammed, readjusted, and given a new cover sheet and/or sheep-dipping. In other words, your life is about to get a whole lot more interesting.  https://www.urbandictionary.com/define.php?term=sheep%20dipped

And this isn’t even mentioning the fact that Lake Nona is a Tavistock brand. https://www.youtube.com/watch?time_continue=256&v=fgNOiIDAeY4&feature=emb_logo

Could this be the same Tavistock as the Tavistock UK Institute of Human Relations? The one whose specialty is social engineering: https://en.wikipedia.org/wiki/Tavistock_Institute

I can find no concrete linkages to date, but I find the naming a bit too serendipitous for simple coincidence, especially given the overlaps of means, motive, and opportunity to exploit. Even more red flags go up when you see their associations with life sciences, expanding 5G, and AI technologies:  http://www.tavistock.com/portfolio/tavistock-life-sciences/boxer-capital/

Look at this aspect, straight out of Stepford: http://www.tavistock.com/portfolio/real-estate-large-scale-development/lake-nona-life-sciences-cluster/

The ramifications of all the above as a platform for human manipulation and experimentation should be more than clear.

There are even sources now claiming that Chauvin was seen with some of the contractors on hand at the scene of the Boston Bombing: 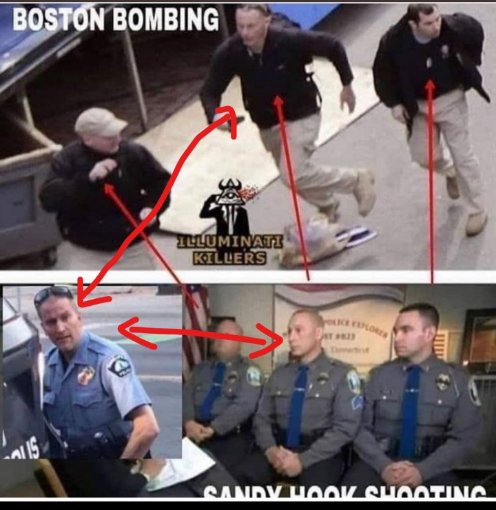 Drawing all of the threads together, we see that at the very least Chauvin and Floyd knew each other previously…Chauvin lived fairly adjacent to a highly suspicious elite enclave for the purposes of…?...this enclave shows all the hallmarks of being a huge medical, psychological, cutting-edge mind control experiment.

I'm beginning to think that when Epstein was killed or went undercover, a series of dead man's switches began to be put into place, only one of which was COVID. The next stage in that series is what’s taking place now.

“That’s why I went to Larkhill, last night.”

“I had to see. There wasn’t much left, but when I was there it was strange. I suddenly had this feeling that everything was connected. It was like I could see the whole thing…one long chain of events that stretched all the way back before Larkhill. I felt like I could see everything that had happened. And everything that was going to happen. It was like a perfect pattern laid out in front of me. And I realized that we were all part of it. And all trapped by it.”
V For Vendetta (2005)