ALIEN COVENANT OF THE REAL 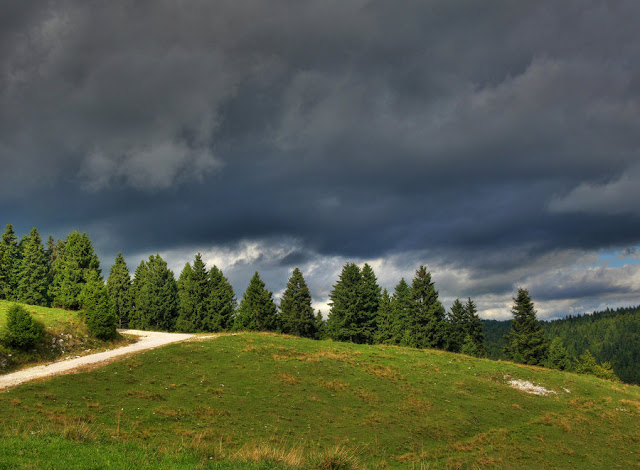 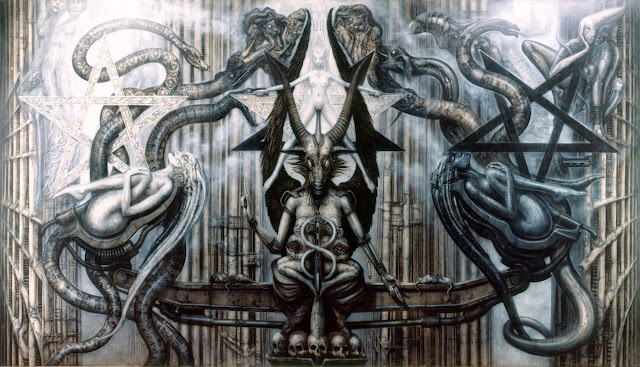 When Black Friday comes, I collect everything I'm owed/ And before my friends find out I'll be on the road

When Black Friday comes, I fly down to Muswellbrook/ Gonna strike all the big red words from my little black book…”

Ever seen the 2009 political thriller The International? (Clive Owen, Naomi Watts)  Do yourself a favor and track it down and watch it  --  but watch it through the lens of these new reports, which cast a sinister, fading light on the proceedings occurring in a real world which seems increasingly to be skittering off its axis before a populace that can’t comprehend the depths of depravity, increasingly apparent, that power it all.  They might as well be dogs watching the moon, not capable of much more than acting as bewildered patsies and bystanders at the complete mercy of sinister forces beyond all conventional understanding.   This, in obscene turn, helps these very forces to continue to thrive.

With the deepest of bows in the direction of the predictive programming of Ridley Scott, the real Alien Covenant is being lived out in the world right now, between an earthly faction of facilitators and those who they receive their marching orders from.  Ladies and gentlemen here wandering the night gallery, behold the coagula: an alchemical binding together, a coming forth, a quickening that has been working against all of us that only seems to be suddenly accelerating.  As Above So Below. 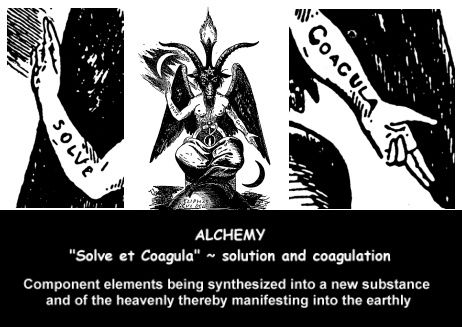 Here in previous postings regarding CERN we have examined how this encompasses true spiritual technology, a melding of the material and the ethereal to achieve a perverse gnosis bending to the will of what appear to be off-world entities; the Church of the New.  But even examinations such as those failed to track such ideas to the root source.

That source, which had been alternately revealed and buried in headlines shouting down the years, began becoming more widely known in the weeks last autumn leading up to the US presidential election with the wikileaks reveals of the strange contents of thousands of Hillary Clinton/John Podesta emails; bizarre codes repeated over and over which seemed to point to underground systems of child and human trafficking operating in plain sight, and ranging from Haiti operations to a central D.C. hub, all facilitated by the Clinton Foundation. 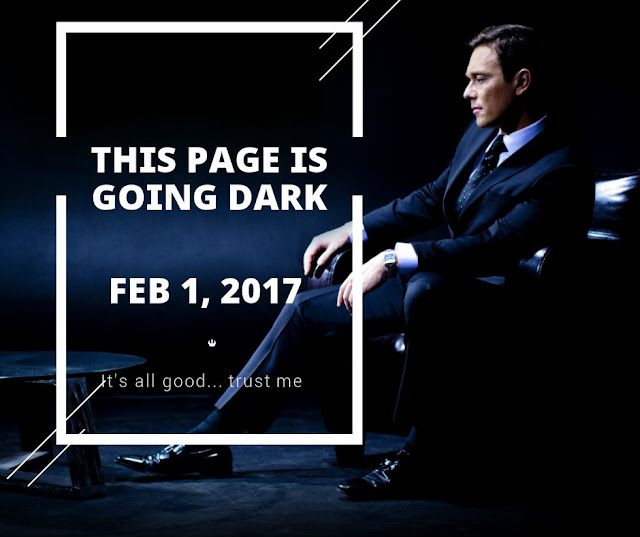 These reveals were met with a bizarre and coordinated counter-offensive of screaming “fake news!” cointelpro-type manipulations by the same mass media sources that had been covering for these perverse child-harming forces all along.  These ranged from the silencing of any news outlets and personalities that dared to even broach the question of what was going on (see the case of Ben Swann and all of his social media being shut down after a superb questioning piece on ‘pizzagate’ in his Reality Check series here: https://www.youtube.com/watch?v=8hlBQgh1Sbg)

to previous bastions of journalistic freedom such as Reddit and 4chan refusing to participate in any “witch hunt,” shutting down and removing hundreds, if not thousands, of accounts.  All of this was carried out in lock step with hipster cred mouthpieces of all stripes, from the alt’s Peter Levenda to late night’s Stephen Colbert publicly siding with those same forces decrying any “witch hunt” (there’s that phrase again – gee, you’d think it was part of some ‘talking points’ memo issued from…..somewhere.)

All of this of course flew in the face of simple common sense not to mention any kind of normal morality, i.e., if we’re talking about the widespread inculcation of a system that revels in the trafficking and sexual/physical torture of children, wouldn’t it, maybe, be wise to err on the side of, I dunno, caution?  Quite the opposite fellow conspiracists.  To date, I’m thoroughly disgusted to report, NO law enforcement investigation of any kind has been undertaken by any authority, state or federal, into the validity of any and all claims regarding “pizzagate.”  And it doesn’t, unfortunately, seem there will be. Despite the “heads are gonna roll” bluster with which Trump stormed the palace, nothing seems to be on the horizon.  Of course the recent firing of James Comey could point to something purge-like going on behind the scenes, but as always and as seen ad nauseum historically, I wouldn’t hold my breath.

But hope for a changing of the guard, revolution-wise, springs eternal in the testimonies of people like Dutch ex-banker Ronald Bernard:  https://www.youtube.com/watch?v=cRuKmxQSPSw&t=269s

I would heartily suggest watching the entire video for complete edification as to his situation, not to mention how utterly it validates his story, but here is the eyewitness proof that naysayers to this line of questioning as to how the world truly works are always throwing in our face.  “If all of this really goes on, where are the testimonies?”  That’s the plausible deniability/cognitive dissonance wall that gets thrown up time and again in the shutting down of any and all inquiries into everything that’s related and connected in this world, from 9/11 to McMartin to the permutations of Iran/Contra to chemtrails to pizzagate and on and on.  Then when someone DOES come forward of any insider/whistleblower stripe, it becomes “Oh, he’s not believable!” or “He’s just crazy.”  So let’s just say here for the record, Bernard is totally sane and totally believable in his assertions. 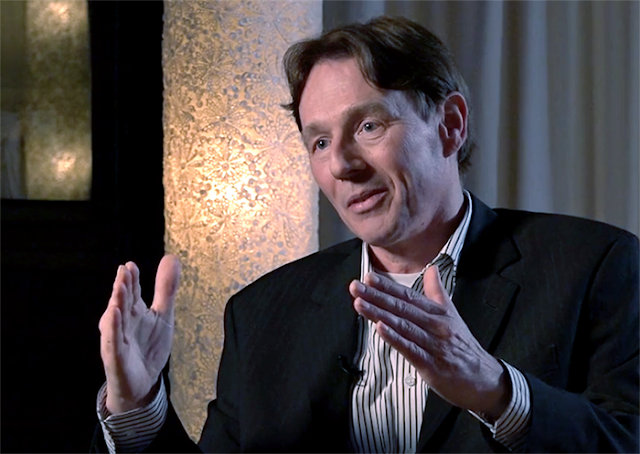 “Alas, how terrible is wisdom when it brings no profit to the wise.”  Sophocles

Long story short, (and spoiler alert) from his quite lofty perspective in the financial world, there exists a widespread cult of Luciferians sacrificing children in rituals worldwide.  And p.s., it’s been going on for thousands of years.  He knows because he himself was asked to participate.  Suddenly all those “crazy” stories of human hunting parties, royal families abducting and burying children, Prime Ministers throwing bodies of minors off yachts, and pedophile brokers to the elite skating free (Epstein) don’t seem quite so tin-foilish, do they?

Hey, wasn’t it only yesterday that word of Jimmy Savile taking part in Satanic rituals and being Britain’s most notorious and long-lived pedophile necromancer and child killer was just plain crazy talk circulating around the BBC and the offices of the Sun and Telegraph?  What about a major college harboring and providing cover for DECADES for a child sex ring catering to their wealthy clientele and alumni, not to mention being part of an even larger ring operating nationwide, if not internationally?  Get outta here, this is Joe freakin’ Paterno we’re talking about.  But now we know better, don’t we? 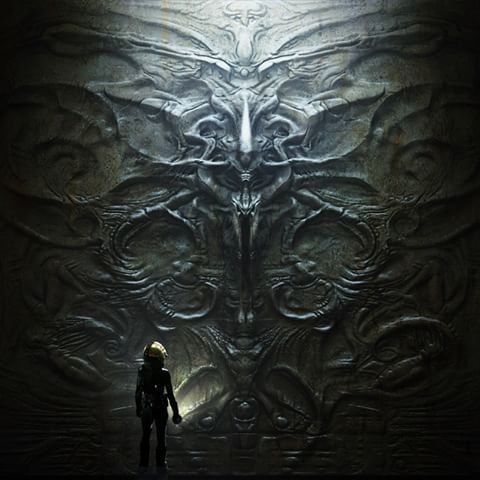 We’ve always known, They Live style, that something just isn’t right about the world, but did we ever truly perceive just how wrong it could all be?  This one man’s powerful testimony puts a lie to the official obfuscations of willing fools like Levenda that there isn’t a satanic elite engaged fully in child sacrifices and blood rituals.  Ironic that some of the most powerful and telling obfuscations and denials from the mouths of the tools came right after the breaking wikileaks releases of the Clinton and Podesta emails, isn’t it?

Something to also take into account are the connections Bernard cited after this interview and outlined off-camera to the interviewer.  Namely BlackRock Financial and John Perkins, two overlapping nodes where many associations can be drawn that turn out to be vital to this ongoing investigation.   Also, Bernard’s revelations cast a whole new suspicious light on the great mysterious mass of banker suicides over the past several years, and the causes that may be behind them.  Are those farther up the food chain looking to opt out of certain “contracts?” 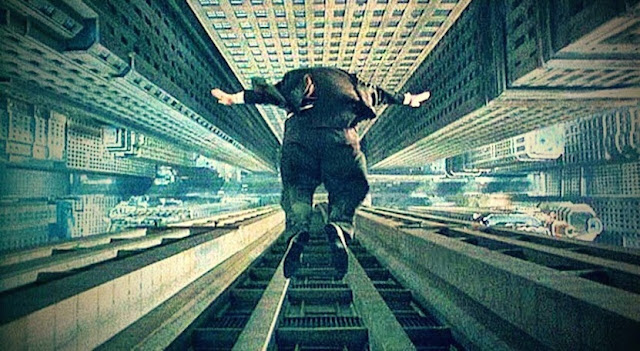 BlackRock can now be placed on the “of interest” list alongside names like Sinclair, Cargill and Senomyx as being heavily involved in these long-held rituals seeking to normalize child sacrifice and Satanism.  Think it’s not mainstreamed and happening?  Check this latest from “medical experts”:  http://www.telegraph.co.uk/news/health/news/9113394/Killing-babies-no-different-from-abortion-experts-say.html

This from Bernard:  “BlackRock Inc. owns the largest share in the biggest 299 companies in the world.”  https://voat.co/v/pizzagate/1817747

As for his associate and running buddy John Perkins, well, he has a tale to tell as well, and this “Economic Hitman” has been telling it for quite a while, fronting for the International Monetary Fund in addition to pursuing other, far more esoteric, lines of questioning:  http://rigint.blogspot.com/2006/08/confessions-of-economic-shapeshifter.html

Plug that into your coordinates where magick meets literal physical change meets transhumanism and AI.  Then wonder just what exactly is going on in the world that places such importance on the terra-and-bioforming of EVERYTHING around you on a 24/7 basis. (see GMOs, chemtrails, vaccine protocols, the specter of genetic engineering.)  Then wonder again if we’re all not part of a huge Magickal/Scientific/Alchemical ritual or Working going on in our midst continually.  If you WERE part of an international Satanic and/or Luciferian cult seeking to broach dimensions for your Masters while gaining earthly power and status for yourself, wouldn’t things like this be the best way to implement/graft your worldview into reality?

Perkins also leads us into out-of-the-box thinking about the true nature of the torture and trauma of children and what the endgame to all of that is.  Mind control or something even farther down the line?  What if just one of the goals is the unearthing of different physical manifestations along the lines of what amounts to real shape-shifting abilities?  Do the elite’s fever dreams go past Jason Bourne/Finders/Manchurian Candidate territory and evolve into something along the lines of real Wolverine/Hulk superhero status?  Something tells me if they can imagine it, it’s already been attempted in underground labs somewhere; just another line item on someone’s black budget, waiting on that veto that never came. 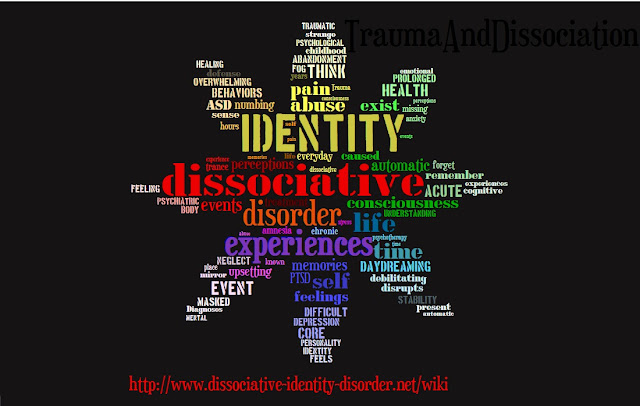 Interestingly, shape-shifting also comes up when looking at the Ponchatoula Hosanna Church satanic ritual abuse case that served as the impetus for season 1 of True Detective:   http://mcmmadnessnews.blogspot.com/2016/03/trump-and-scalias-undiscovered-country.html 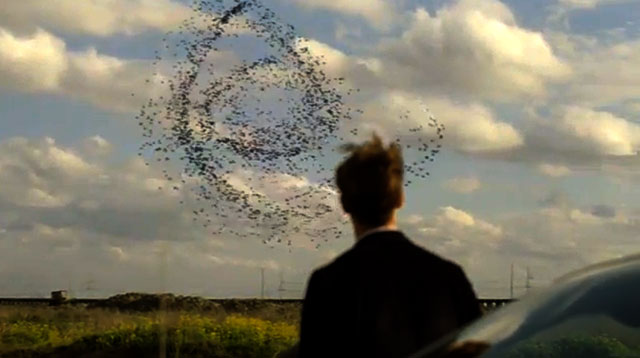 This line of thinking was also injected directly into the mainstream with the major film release Split last year, thereby conditioning a whole new (already-altered?) generation as to the possibilities of this soon-to-be meme, and just waiting to flower when further cosmic triggers are pulled somewhere down the line as the revolution in military affairs (RMA) agenda is carried out. 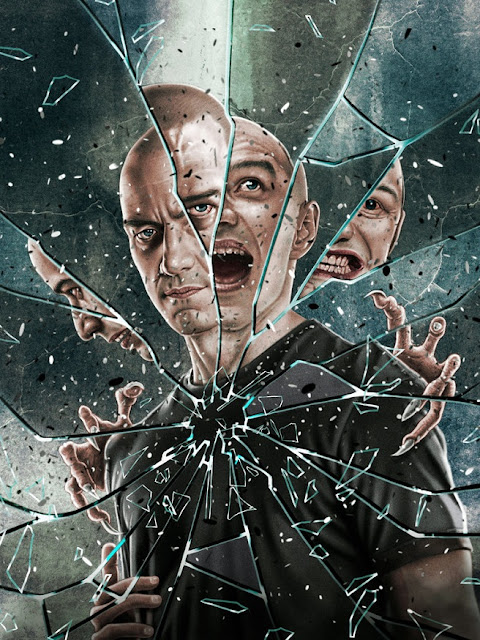 Another place to see where these worlds converge is to examine lynchpin in all this Jeffrey Epstein’s rather unhealthy/curious interest in transhumanism, genetic engineering, and Artificial Intelligence.  See here for that:  http://mcmmadnessnews.blogspot.com/2015/04/normal-0-oh-we-do-haveour-stable-of.html 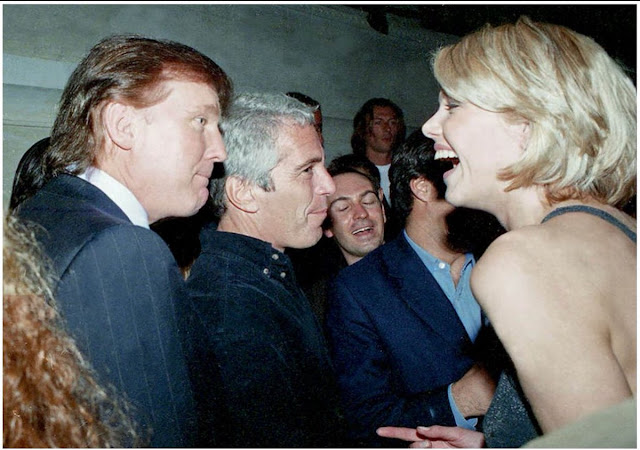 We have all found ourselves, whether by accident, misfortune, or the vicissitudes of fate, stuck in the middle of a vast, far-reaching, out of control conspiracy.  All of our souls on deck have answered the Be Here Now bell, signed on to this Titanic for an extremely wild ride.  Up until a few months ago, a lot of us lived in a time when our knowledge of the extent to which our institutions were dysfunctional, corrupt and utterly perverse was matched only by our disinclination to challenge them. (Present readers excluded of course.)  That now seems to be changing, thanks to a wakeup call from Julian Assange’s wikileaks, and the unassailable questions surrounding a bunch of emails, the senders of which thought would never see the light of day.

Big things are still in the wind, and a continuing state-of-flux holds sway.  More to come soon.  Stay tuned and stay safe.
Posted by wordman at 3:22 PM No comments: