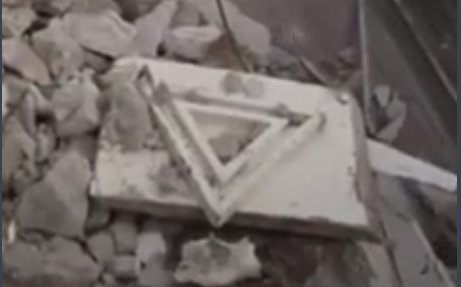 Well it seems the WEF’s vaunted Cyberpolygon attack system is in mass effect and on the move tonight, timed oh so conveniently to coincide with the blockchain release of John McAfee’s 31TB of incriminating data on the elites, the contents of which many seem to think will make Epstein’s knowledge seem like a couple of toes in the shallow end. (Or should I say the kiddie pool…)

As of midday today East Coast time, websites were disappearing and going down in record numbers; some 33,000 per hour at highest count. That number right now is down to some 12,000+ per hour, according to this livemap database: https://livemap.pingdom.com/

McAfee’s own “dead man switch” site that I had archived previously was returning “unreachable” with plenty of “forbidden” disclaimers as early as late last night/early this morning as the countdown neared the stretch run into its last 24 hours – it is, however, still available here in its original, non-DNS address: http://46.17.96.8/

I wonder just how many websites they can rifle thru before BOOM time?

You will also notice from the above link that a secure live video feed to set to go off 15 minutes prior at approx. 2:45AM. Curiouser and curiouser. (And you guys thought my witching hour drops were hell to wait for!!)

Which was evidently enough to trigger enough panic alarms to get immediate action taken. Reverse google image and satellite searches found that it proved to be the Koidu Diamond Mine in Sierra Leone on the West Coast of the African continent: https://www.mindat.org/loc-10167.html

Do Diamond mine companies really make the majority of their money by building and maintaining trafficking tunnels for human slaves worldwide? Is this also why they control the flow of diamonds by artificially inflating the price; in order to facilitate the laundering of the trafficking profits? McAfee thru his anti-virus (read: backdoor spyware) software evidently was privy to many, many secrets of the global elite. Which likely explains the white-hot panic going on right now in & amoung various corridors of power inhabited by the Deep State…

Whatever he has, as the site says: The blockchain is immutable. A permanent record etched into the keystone.

McAfee was many things – but he was (or is) no fool. My guess is that he has set up a domino effect of info-explosions worldwide in far too many specific ground zeroes for them all to be taken out – unless of course they flip the kill switch on the entire internet, which is, let’s face it, well within their capabilities, especially given what happened today: https://www.the-sun.com/news/3331697/fedex-ups-airbnb-delta-airlines-website-down-outrage/

This was just uploaded to telegram within the last several hours also: https://t.me/s/McafeeAfterlife

LOTS of juicy tidbits there with exclamations like “Epstein 98%” and a lone “Q” just posted…I particularly like this string that likely has to do very much with that West Africa photo drop:

EVERY "PRESIDENT" AFTER JACK, BUT REAGAN TRUMP & SO FAR FIELDS, ARE ALL C[]A

Well, well that just ties everything up with a nice neat little bow doesn’t it? And puts, once again, the 9/11 Black Op squarely in the crosshairs of where we should – still – be looking.

The past is prologue.  As always.

Never forget there is oh so much we still have yet to follow the info-trail on: https://wikispooks.com/wiki/Document:The_Missing_Security_Tapes_From_The_World_Trade_Center

And all this is coming down as the scattered remains of Surfside have barely settled: https://www.dailymail.co.uk/news/article-9811265/Surfside-victims-receive-150million-judge-rules-cleanup-ends.html

Where’s the “sinkhole” that brought the building down btw?? The absence of one of course would bring up the spectre of controlled demolition and things we shouldn’t talk about, like: https://www.reddit.com/r/nuclear911/comments/oe3g97/the_same_world_record_holding_demolition_company/

And why the IDF (Israeli Defense Forces) happened to be on-scene in record time of a civilian, public apartment building? https://www.jpost.com/diaspora/antisemitism/backlash-conspiracy-theories-swirl-as-idf-aids-in-surfside-collapse-673042

But we shall speak of such things no more – will just remind you that McAfee had floated out the ultimate bait in saying that his 31TB of incriminating data was located at Surfside. (see previous articles in this space.)

But before we leave the shattered remains of a smoother-over Surfside sacrificial pit, I did notice this as excavations were ongoing – go to the 4:50 mark here: https://www.youtube.com/watch?app=desktop&v=I1OJwC86Rec

Look familiar? It was put on display for the cameras and featured quite prominently, with much purpose.

Where have we seen that before?: https://drive.google.com/file/d/1Nr3M1-mkH13rjyEGQU93A1YGTYw_Cxbz/view

What’s even more, the “Delta” designation has even darker connotations in mind control ops: https://citeseerx.ist.psu.edu/viewdoc/download?doi=10.1.1.374.1708&rep=rep1&type=pdf

Delta alters have been named as being involved in everything from high-profile assassinations (the Kennedys, John Lennon, the attempt on Ronald Reagan) to fiascos like what happened in Jonestown, Waco, Columbine, and Oklahoma City to name just 4 in a long, long line of black, occult ops takedowns.

In just one glaring example, for those of you that may have forgotten about the almost infinite ramifications of Columbine in the mind control arena: https://cyberspaceorbit.com/quinn_colorado.html

So what is this symbol doing being featured, again, on camera, quite prominently, at Surfside? What was going on there in that building, that was, ostensibly, nothing more than a glorified Jewish old-age retirement home? Why did McAfee go to pains to single it out? (Basically painting it as a target…) Why did the IDF rush there in the aftermath? Why the awful rush to destroy the rest of it? So many questions that will never now be answered to anyone’s satisfaction.

Fire up the coffee pots ladies & gents – we’re just getting started, and the full blossom of the evening is upon us…