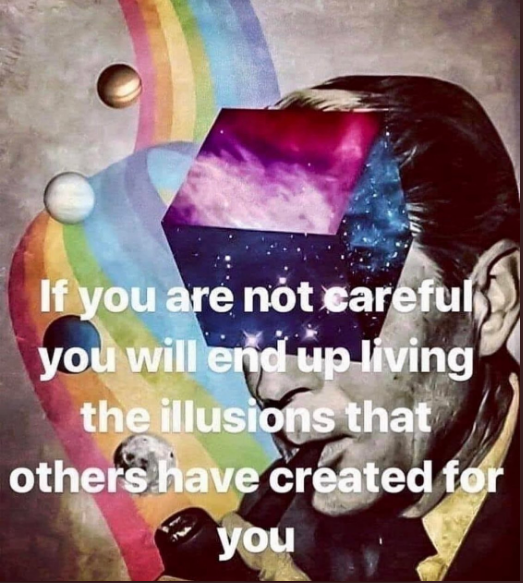 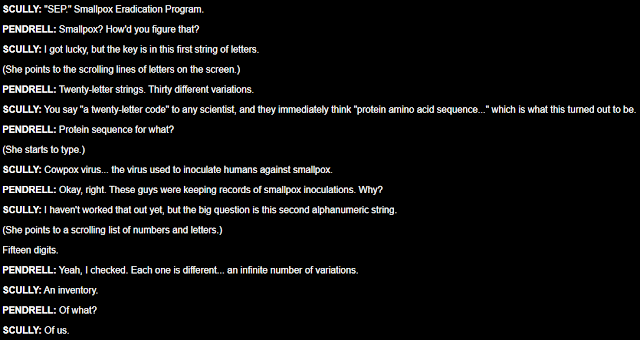 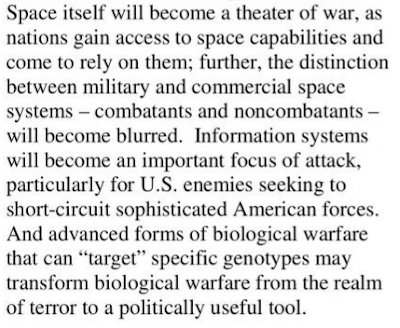 The puzzle pieces spin, juggle, retrofit, align to form a new substrate, in service of telling a new story -- one which illuminates even further the journey so far...

If monkeypox wasn't planned, explain why the government has spent millions buying smallpox tests since 2016, and billions on a new smallpox vaccine manufacturing site in 2018, when smallpox was eradicated in the 1970s.

If Covid wasn't planned, where has all our accumulated DNA information gone?

With so many false flag MKUltra shooters creepy-crawling around of late, let's not take our eyes off what they're trying to keep fully obscure from us on a continual basis. History has shown, and continues to show, they will do anything to keep you from looking in the most important places at the most important times.

Study those words of prophecy from the X Files lo those many (1995-1997) years ago now and wonder what they portended...when you put your mouse over them and click to enlarge the view, study them, and exactly what they were warning us about at the dawn of the Millennium...because the ominousness they fully intended to convey is lurking in your backyard, right now.

Continually look into what multi-orgs like Blackstone, BlackRock and Vanguard are up to, and whether their aims are strictly greed-based, or whether or not something else is afoot...wonder why it's Bill Gates who is the largest owner of commercial farmland in America right now.

Keep going back to the Project For The New American Century whitepaper issued in 2000 in the runup to 9/11. And not only for the mentions of "race-specific bioweapons," but also their sinister notation that space will ultimately become a theatre of war, especially in light of the recent numerous UFO and UAP-themed info-drops and disclosures from on-high sources, many of which now appear increasingly dubious.

WHAT is going on? And more importantly, WHY?

On this increasingly metaverse-themed battlefield where the prize is ultimately your soul, stay vigilant. Be careful and always mindful of your very own thoughts, so that they stay yours.

Back soon with much more...as CERN still churns away, putting the entire world in its shadow.