We Create Our Own Reality (Update)

“Everybody walks right by like they’re safe or something; they don’t know.”
Jackson Browne

We are SO being lied to.

It seems the initial confusion in the Lame Stream Media about “there is a suspect in custody, no, wait, there isn’t a suspect in custody” that was of course initially given that ridiculous “fog of war” early misunderstanding/rigamarole for the dumbed down sheeple has this at its core:  there WAS a person of interest/suspect in custody.  He was hurt in the blasts.  He was in the hospital.  Everything you initially heard reported was true.

On April 16th Fox News and Fox Boston report the Saudi POI’s name, Abdul Rahman Ali Alharbi, and the fact that he was now being deported due to “national security concerns.”  But then the marching orders came down, because on April 17th  Obama, due to be in Boston, cancelled that visit to meet with Saudi Foreign Minister Prince Saud al-Faisal at the White House to discuss the conflict in Syria.  (Riiiiiiiiiiiiight.)  This meeting was not on Obama’s public schedule, and he went so far as to tell the FBI to stand down while he met with Saudi officials.

Whereupon Fox disappeared the entire story from all Fox and Fox affiliate websites just as if it never existed, beginning the “we’ve got to be careful what we report in the early confusion” campaign that’s still in force, as you’ll see.

Luckily, there are always those paying attention that screen grab everything because here is 20-year-old Abdul Rahman Ali Alharbi, former student at the New England School of English, believed to have entered the country on a student visa. (Quick, someone contact J. Michael Springmann to run some protocols for us on this.)  Inside joke but if you look up Springmann’s name you’ll discover a whole ‘nother branch office of the rabbit hole awaiting you. 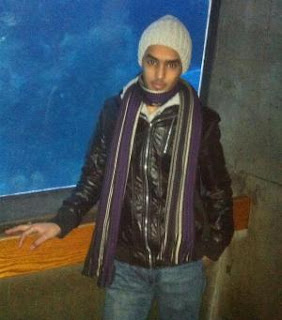 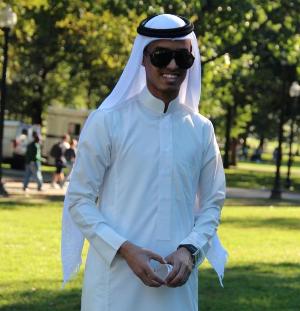 Of no particular note I’m sure is the fact that Fox’s second largest shareholder is Saudi Prince Al-Waleed Bin Talal.  Also of interest is the fact that the Alharbi family is evidently very important in Saudi Arabia, engaged in engineering and construction (sound familiar?)  Curiously there was also an Alharbi taking up residence at GITMO some time ago.

So was this guy being set up as a cut-out, sheep-dipped, a limited hangout?  A Manchurian candidate?  A patsy-in-the-making before daddy and a pair of Princes came to the rescue?  Or was he all of the above and now “protected” by the ones in those shadows we keep bumping up against here?  Will he at some later date be sent out to emerge again in all his mysterious usefulness?

Finally, a visibly irritated Homeland Security Secretary Janet Napolitano refused to answer South Carolina Congressman Jeff Duncan’s questions today (Apr.18th) about a possible deportation of a Saudi national questioned as a witness (now downgraded from suspect you’ll notice) in the Boston Marathon bombings.  Napolitano called the Congessman’s question “so full of misstatements and misapprehension that it’s just not worthy of an answer.”

“We have someone who’s being deported due to national security concerns,” Duncan said during the Capitol Hill hearing Thursday.  “We’ve got this guy who was there, we know he was there…and yet you’re going to deport him?  We’re going to remove him from the scene?”

“If I might, I am unaware of anyone who is being deported for national security concerns at all related to Boston,” Napolitano said.

“He is being deported,” Duncan countered.

Napolitano said as she understood it, the man was not technically a POI or suspect and “this is an example of why it’s so important to let law enforcement do its job.”

“I want them to do their job,” Duncan said.  “Wouldn’t you agree with me that it’s negligent for us an an American administration to deport someone who was reported at the scene of the bombings and we’re going to deport him, not to be able to question him anymore?”

“I am not going to answer that question it is so full of misstatements and misapprehension that it’s just not worthy of an answer.  We will provide you with accurate information as it becomes available.”

Well thank you thing-called-a-woman.  We’ll all sleep much better tonight knowing you’re on the job.  Perhaps we’ll all dream of you being tried for treason. 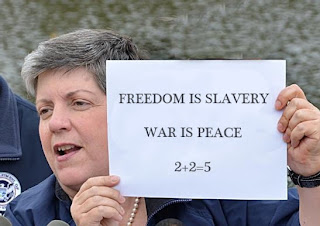