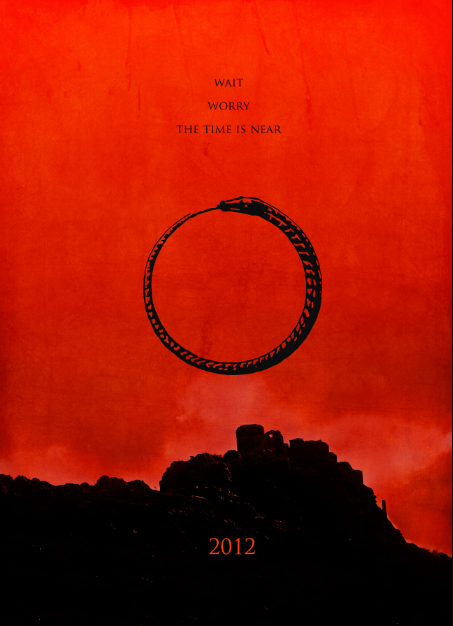 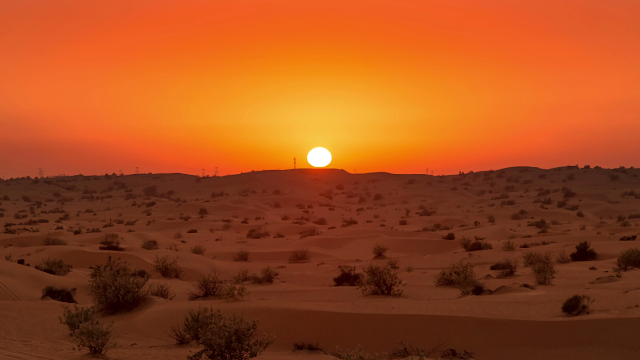 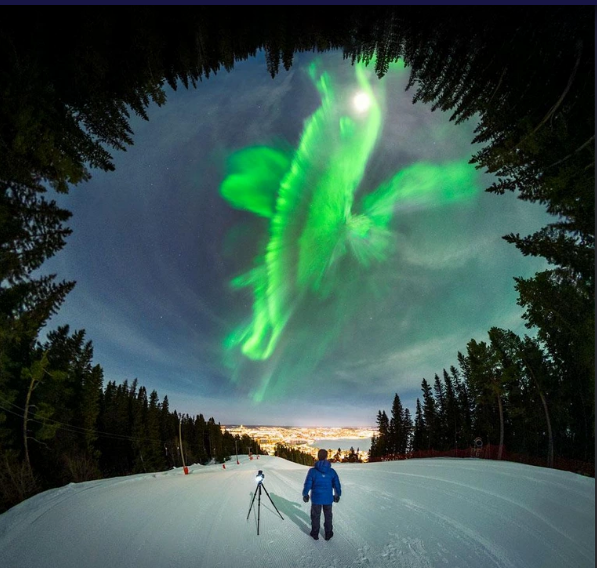 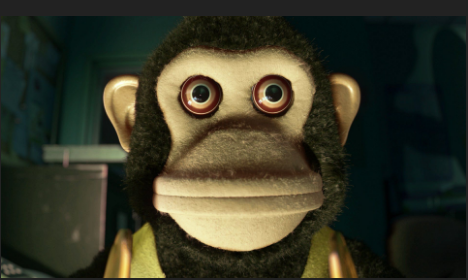 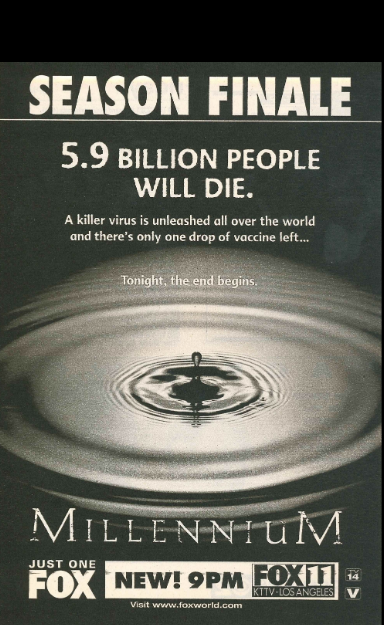 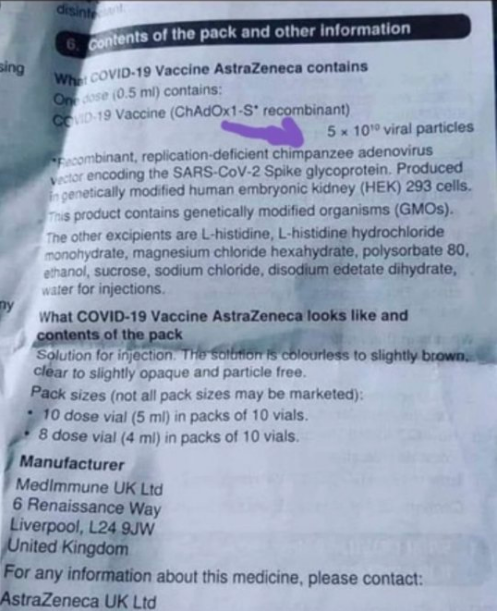 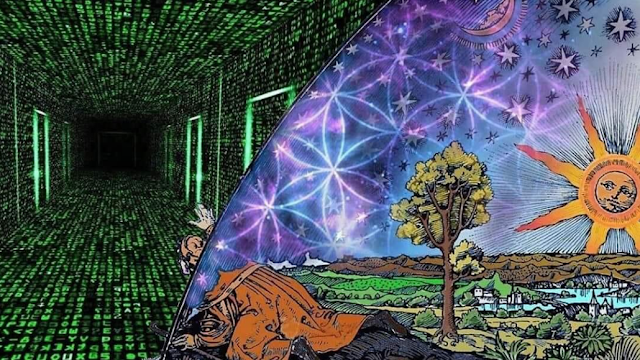 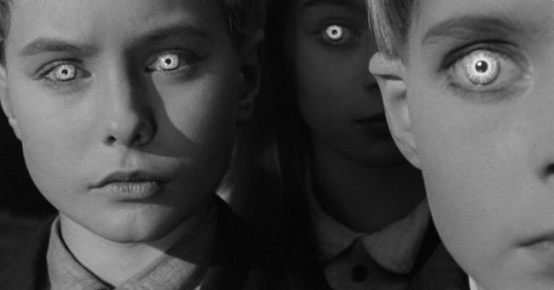 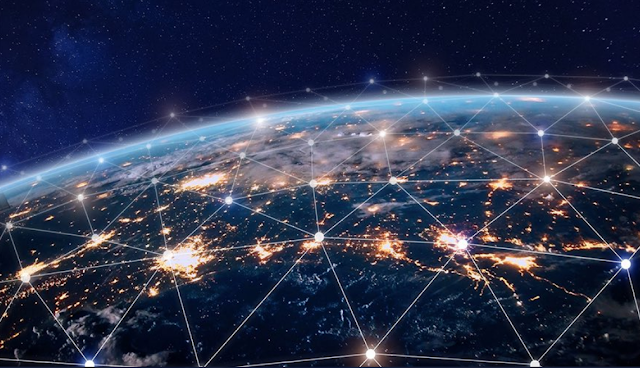 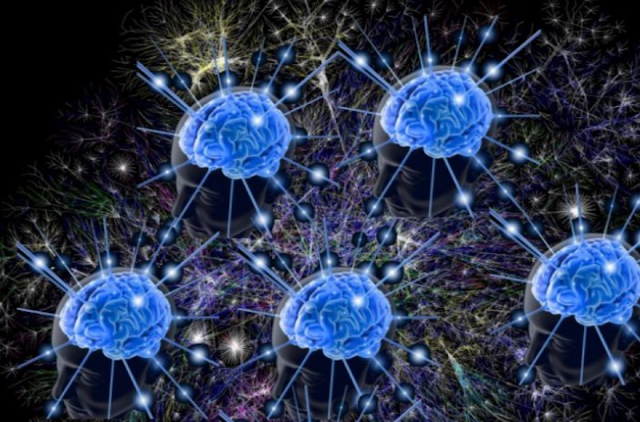 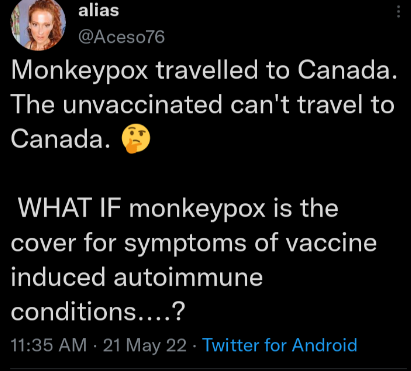 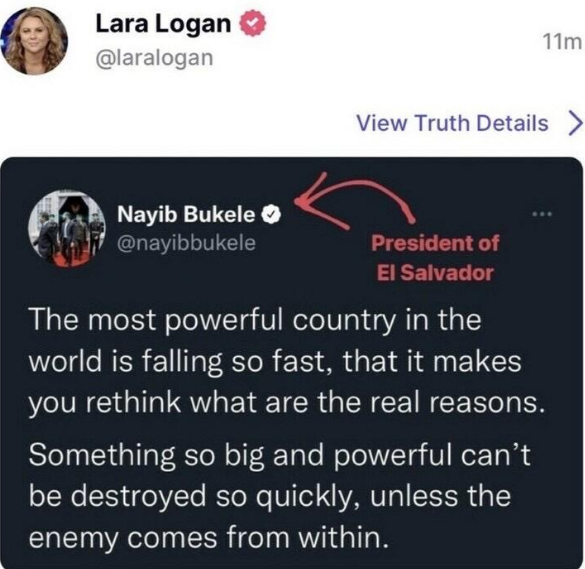 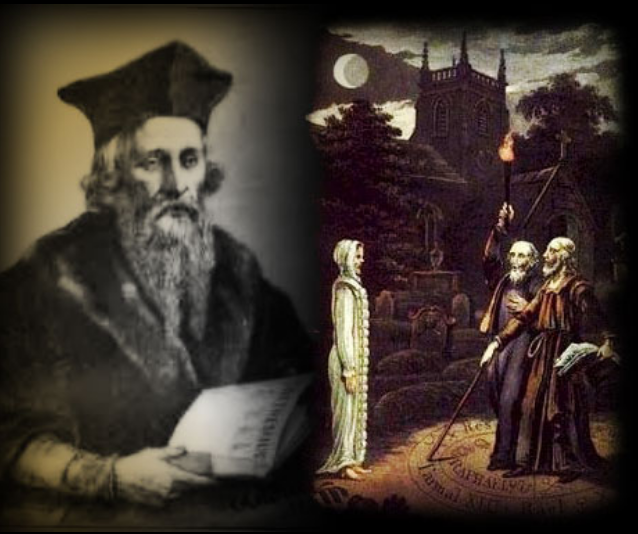 "To the Navajo, the earth and its creatures have great influence over our existence. The stories passed from generation to generation help us to understand the reason for our tears of sadness and tears of joy. Animals like the bear, the spider, and the coyote are powerful symbols to our people. When the FBI man Mulder was cured by the holy people, we were reminded of the story of the gila monster, who symbolizes the healing power of the medicine man.

In this myth, the gila monster restores a man by taking all his parts and putting them back together. His blood is gathered by ants, his eyes and ears by sun, his mind by Talking God and Pollen Boy. Then lightning and thunder bring the man back to life. At the end of the ceremony, when the FBI man has been healed, we heard the news from other Native Americans in the northern plains that a great event had taken place.

Like the Navajo, these people have their own stories and myths. One of these stories tells of the White Buffalo Woman who came down from the heavens and taught the Indians how to lead virtuous lives and how to pray to the Creator. She told the people she would return one day, then she turned into a white buffalo and ascended into the clouds, never to be seen again. But on this day, when the holy people had given the FBI man a miracle, a white buffalo was born. And every Native American knew, whether he believed the story or not, that this was a powerful omen, and that great changes were coming."   The X Files, Season 3, ep 2, Paperclip  9-29-95      https://www.youtube.com/watch?v=S7_uJgjVSf8

"Well there's a dark cloud rising from the desert floor/ I packed my bags and I'm headed straight into the storm/ Gonna be a twister to blow everything down/ That ain't got the faith to stand its ground..."     https://www.youtube.com/watch?v=XRdNwHmUiiQ

"I have been on the bridge that spans two worlds, the link between all souls by which we cross into our own true nature. You were here today, looking for a truth that was taken from you, a truth that was never to be spoken but which now binds us together at dangerous purpose."  X Files Sea 3, ep 1, The Blessing Way  9-22-95

"We will see you in time."  Indrid Cold

"Fox the fox, rat on the rat/ You can ape the ape, I know about that/ There is one thing you must be sure of -- I can't take anymore/ Darling, don't you monkey with the monkey." https://www.youtube.com/watch?v=CnVf1ZoCJSo

"A masterpiece, biology/ Smoky water, air conditioned/ Boys 'n girls and automation/ Chromosomes, designer jeans/ And chimpanzees and human beings..... Some day we'll live on Venus. Men will walk on Mars/ But we will still be monkeys, down deep inside/ If chimpanzees are smart then we will close our eyes/ And let our instincts guide us/

"I began it as an investigation. I turned silences and nights into words. What was unutterable, I wrote down, I made the whirling world stand still."   Alchemy of the Word/ A Season In Hell, Arthur Rimbaud

Then: Then I heard a loud voice from the temple saying to the seven angels, "Go pour out on the earth the seven bowls of God's wrath."

So the first angel went and poured out his bowl on the earth, and loathsome, malignant sores broke out on those who had the mark of the beast and worshipped its image.    Revelation 16: 1-2.

Fire up the jet boats and unsheath your batarangs one more time; 'cause here we go...(or)..."I can't believe it's Monkeypox season already, I've still got the Ukraine decorations up!!"

Hard to know where to begin in a timeline that remains fractured and morphing as we speak, but does anyone remember the weird, admitted to Covid vaxx side effect of "deja vu?" See the tail end of this post again: https://mcmmadnessnews.blogspot.com/2022/03/battelle-deja-vu-and-high-strangeness.html

How about this tweet from a no stranger to insider-knowledge Naomi Wolf very early in 2021 of what she overheard in 2019... 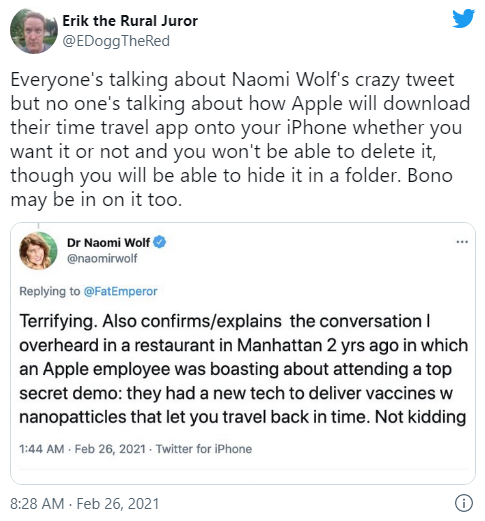 "Do you know anything about a Greek God called Chronos? He carried a sickle. He used it to cut a hole. A tear in the cosmos...between Heaven and Earth. To separate this world from the next. To separate the known...from the unknown. The world has been waiting for something like this."    Outer Range

What do we know? What have we forgotten? Are there forces which are attempting to manipulate time to help us? Are there forces which are at this very moment seeking to use time as a lever against us and as part of their ongoing plan against humanity? The heretofore hidden aspect of time as a weapon seems to be coming around again. CERN recently went online again for the first time in 3 years -- what is happening there currently and are we already seeing its manifestations?

Somewhere it now appears apparent that somebody -- or a lot of somebodies -- very high up on the totem pole, are fairly obsessed with both time as a construct and time as a weapon to shift this reality. Does this tie in to ancient gods and myths that have proliferated here for quite some time? Is the accent of late on genetic manipulation, DNA experiments and molecular engineering taking place at this specific time for a specific reason? Is there a reason all the research and experiments that people like Charles Lieber (with Jeffrey Epstein's money) were carrying out resemble in form and function so much of what the Nazis were attempting? https://www.reddit.com/r/conspiracy/comments/kcofi9/thats_charles_lieber_on_the_left_on_the_right_is/

Lieber just happened/happens to be uber cozy with Epstein AND the head of Moderna? Are we now beginning to see the outlines of a masterplan? Notice that Lieber's nanowires, on the scale of atom-sized and easily slipped in via injection, allow manipulation of emotions, perception of threats, reward systems, pair-bonding behaviour, and socialization. The basic umbrella of all human personality. Full list of possibilities here: https://pastebin.com/Yw6kmKNS

If you think more than ever we're not living smack dab in an X Files world of insane sci-fi theatre, just take a gander at those document lists.

Those same Nazis, btw, that were supposedly in league and in direct communication with off-world entities? The same Nazis that were carrying out their bidding, thru Orders like the Thule and Vril societies.

If the tales in the Bible are true going back to the days of Noah, if alien entities and fallen angels ignored their orders and bred with earth women to first manipulate the human genome, then it certainly appears that more fallen entities and personalities are seeking to do the exact same today using their proxies here, only this time thru more pharmaceutical and chemical means to pollute what God intended for us. To take God out of the equation. To put a "mark" on us. To de-link us from God and the Christ consciousness. Their ultimate plan since forever.

Part and parcel of that sinister equation may very well have much to do over the last 48 hours or so of breaking news worldwide about the new looming spectre of monkeypox. As issues continue to swirl to say we've been here before would be redundant in the extreme. The New World Order pressure cooker continues to ratchet up the heat and vice-like grip on our mental faculties. Examine all these headline links closely and tell me there not some coordination going on.

They need something new as the Covid narrative is falling faster than Building 7. The latest and best writeup over its carcass is right here, in what should be the closing brief in any upcoming court proceedings: https://surgicalneurologyint.com/surgicalint-articles/covid-update-what-is-the-truth/

But first, the precursor event: https://mcmmadnessnews.blogspot.com/2022/01/monkey-island.html

What was the CDC experimenting with? I started off wanting buffalo, but I'm seeing monkeys everywhere now suddenly instead. (0 to monkeypox in 3 seconds...) And if we fall for it all over again, the forecast calls for pain. First we get Event 201 that begat Covid. Gates. Then we get food production facilities burning and blowing up across the country right when Gates is the no.1 owner of farmland. Ditto the baby formula shortage just when who inserts himself into that production? Gates. Now an "exercise" (Event 202? 301?) that just so happens before-the-fact to run a simulation on and predict monkeypox outbreaks globally. And who's in the middle of it? Gates. Either this guy is exhibiting Nostradamus-level precog or something is way up. I know where my money is:

The above is why the CIA had to launch Operation Mockingbird and embed their agents all across mainstream media mouthpieces, so this kind of stuff never sees the light of day, or if it does leak out, it can be more carefully "managed." Carl Bernstein was the first to out all this in the October 20, 1977 edition of Rolling Stone: https://www.carlbernstein.com/the-cia-and-the-media-rolling-stone-10-20-1977