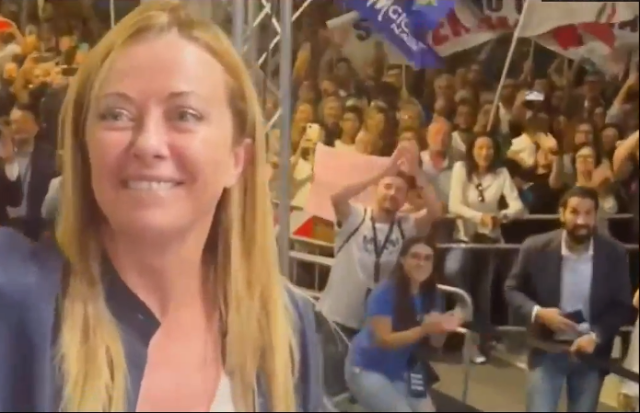 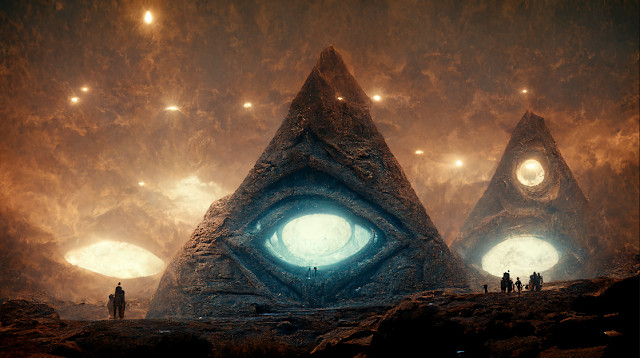 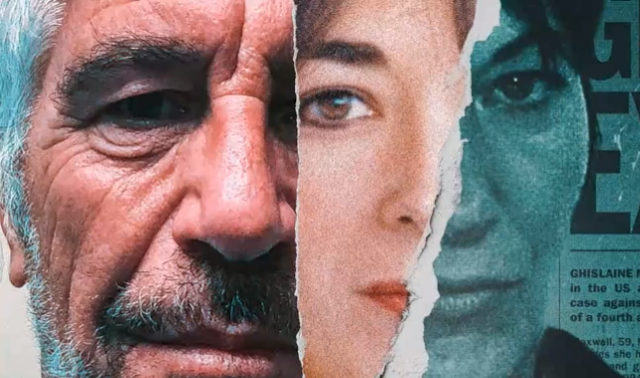 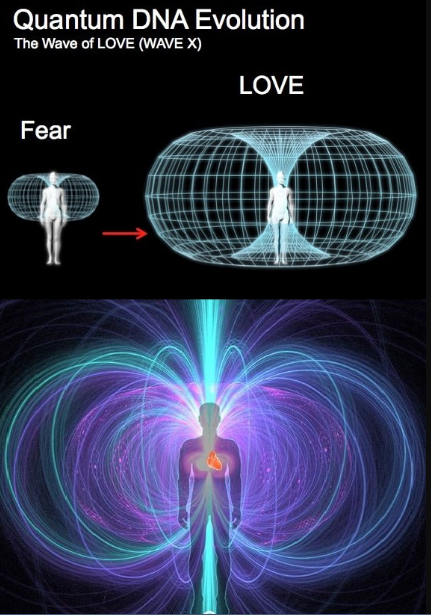 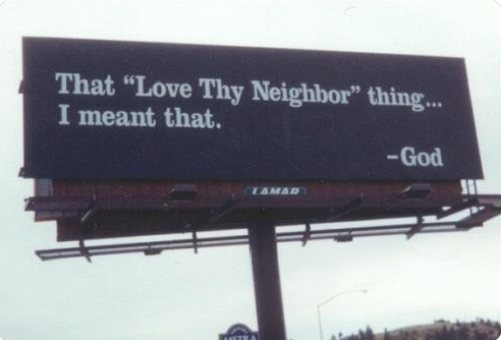 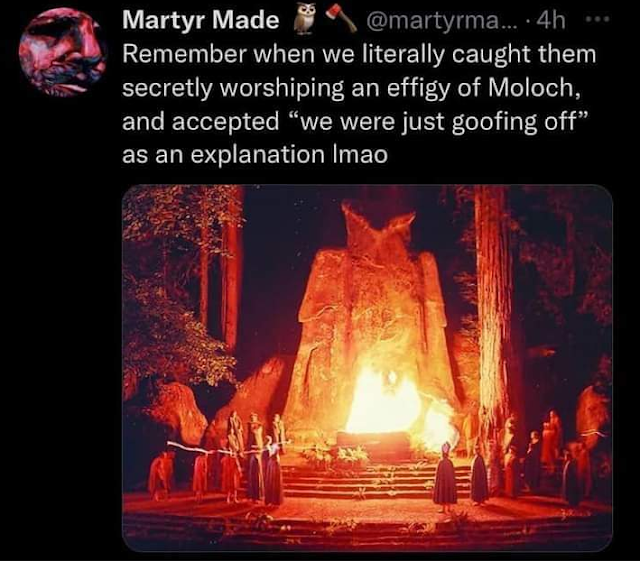 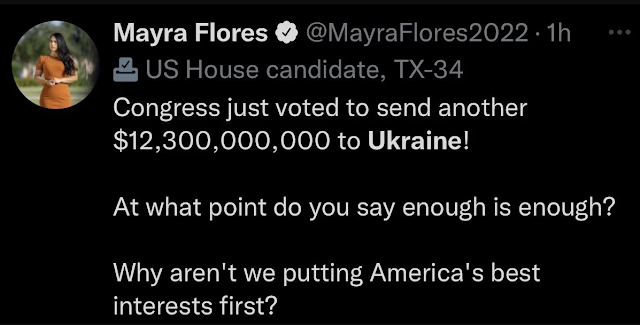 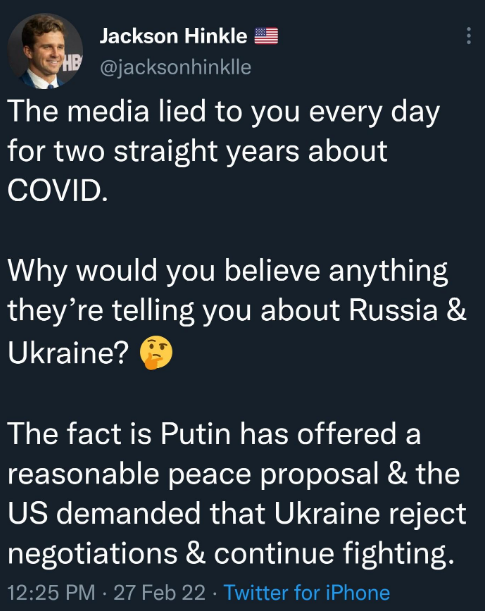 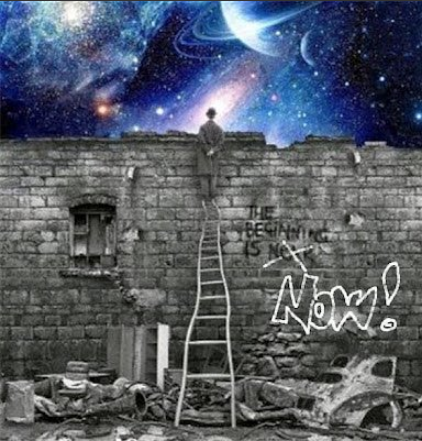 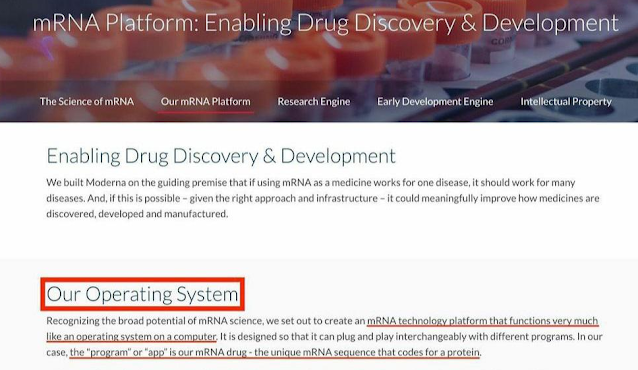 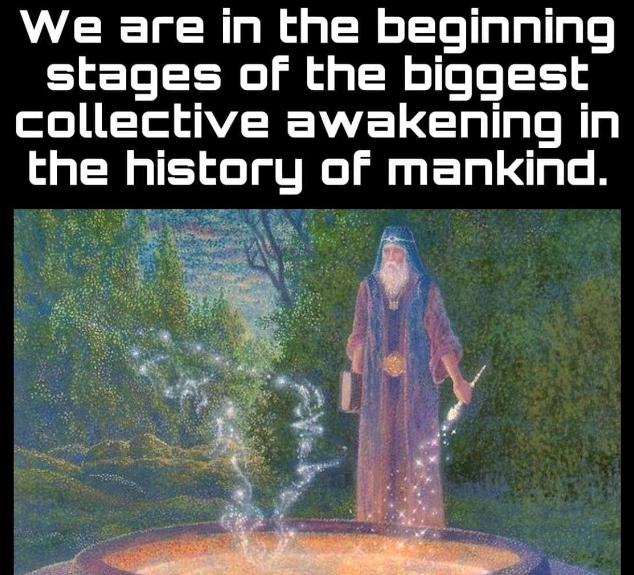 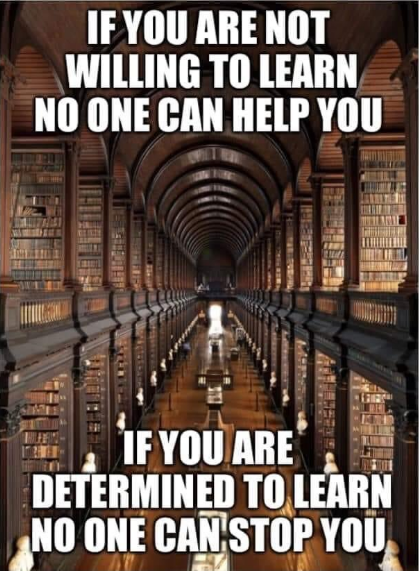 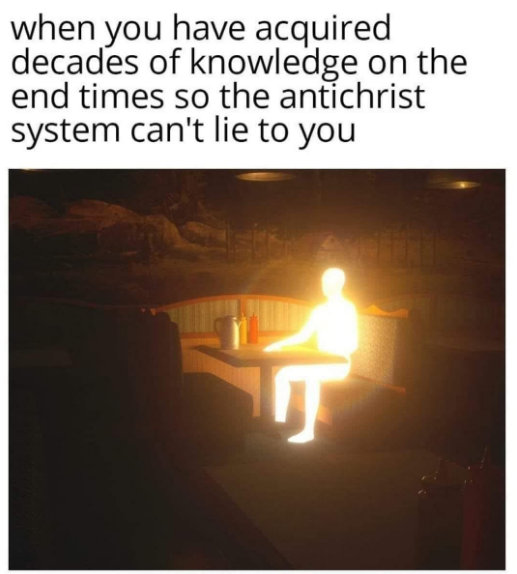 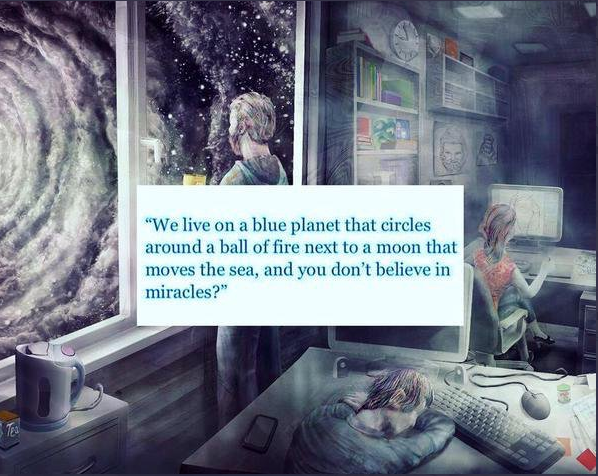 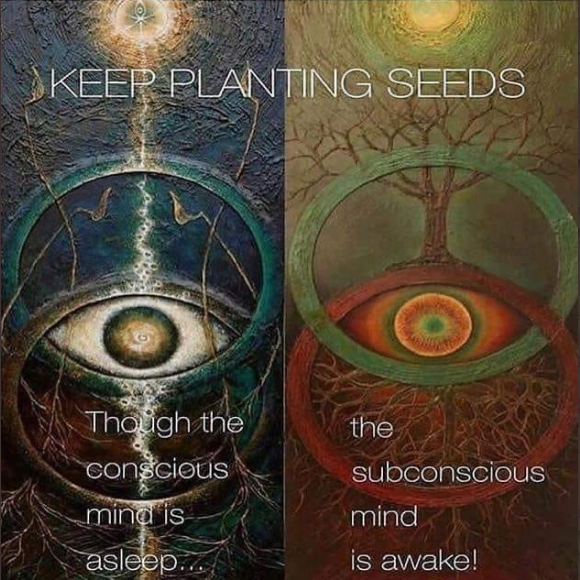 We're climbing to the top of that mountain boys, just because it's there/ Then we're jumping
off the edge of the Western world, just because we've been dared

Then we're digging a hole deep in the ground, Oil, Gold, Chinatown/ Then the party's starting when the sun goes down on the other side of the world

The people in England are standing in line queuing up to see the Queen/ Between the Royal weddings and the kids on the dole, the sun sets comfortably

And back in the States it's we three kings of greed, guns, and gasoline/ And a racial chase thru Georgia streets on the other side of the world

There's young people falling in love everywhere I go, hope hides behind those angry eyes, denim collars against the cold/ I got a letter today from Tokyo, a little Japanese girl that I'll never know, she's eating pizza, and singing Let My People Go!/ On the other side of the world

Bye-bye tomorrow, Jody's gone to a rodeo/ And I know some good old boys are gettin ready to ride, and it's almost Saturday Night/

Gonna push the clouds away, let the music have its sway/ Let it steal your heart away/ And I know I'm going

Outside me ringin', the night train is bringing me home/ When you hear that locomotion gettin ready to ride, and it's Almost Saturday Night

She can light your darkest night, maybe put your world to right. She's a different generation... https://www.youtube.com/watch?v=IpEYC1fpWJA

RIOT GRRRLS TO THE FORE

The ultra-smooth and ultra hippy-chick Giorgia Meloni is, believe it, firing from the hip and taking no prisoners. She and her party, the Brothers of Italy, have fired a shot heard round the world, that is likely, hopefully, coming very soon to a neighborhood near you. Of course, THEY would like you to believe she's the next coming of Mussolini. She isn't. She is one thing and one thing only: a voice for the people coming from an uppermost strata where they haven't had one for decades. The momentum here is trending towards Revolution, with a capital 'R.'

BLOWBACK AND TAKING BACK THE POWER OF THE PEOPLE

Europe, and now certain parts of the EU, have long been known for nefarious activity linked to the elites. The Pink Ballets, the Brabant Massacres, the death of Andre Cools, the stay-behind GLADIO network and the entire strategy-of-tension that would soon envelop the entire world as a strategy, the Dutroux Affair:  https://web.archive.org/web/20211205074852/https://aangirfan.blogspot.com/2011/12/gladio-style-attack-in-liege.html

The fact that you can draw a straight line from all of this activity to ops like 9/11, every pedo network extant and leading to both NXIVM and Epstein, as well as the documented facts that all of these people inhabit all of these ops and rings, should come as no surprise. Much more and where it all leads here: https://web.archive.org/web/20211022065646/http://aangirfan.blogspot.com/2010/03/madeleine-and-dutroux-links-to-ghent.html

This is the kind of filth that folks like Meloni have to wade thru to seek change.

Just as it should come as no surprise that it was inevitable that the pendulum would swing wildly against all these black nobility sooner or later. The first inklings that the mechanics of chaos had come to our shores lay in the assassination of a president and the blatant attempt on another by actors linked to those with deep occult bona fides: https://runesoup.com/2013/12/billionaires-and-astrology-elite-belief-systems/

And that mind control should lay like a ticking time bomb at the middle of all this should be the biggest non-surprise of all: https://www.docdroid.net/riM594s/david-mcgowan-programmed-to-kill-pdf

Is it any wonder with all this (and more) festering in our midst that there isn't an army of Giorgina Meloni's chomping at the bit and ready to be set loose?

Life may seem to suck at times but it would suck even worse if you weren't here with me fighting passionately or secretly for the life of the common people and what you believe is right and good.

It's global ramifications time now. THEY would rather stage and conduct a NEXT WORLD WAR (what Russia v Ukraine has ALWAYS been about btw) than have this information come out.

Because every single leading country in the world is going to be revealed as corrupt and in on this. There never was a "vaccine," never was a cure, it was always just about getting this genetic experiment into as many humans as quickly as possible for reasons that are as yet, frighteningly, still unknown. But, for the record, the existing speculations are more on-the-nose truth-wise, and have been proven so, than any official declarations, backpedalings and obfuscations from "fact-checkers" and governmental entities like the CDC, FDA, NIH, and WHO, who have all been caught in multiple outright lies over this.

Trust orwell.city, la quinta columna, Jane Ruby, Carrie Madej, Karen Kingston, Mike Adams, Stew Peters, Peter McCullough, and Naomi Wolf and her army of physicians and researchers pouring over all of the Pfizer data before you would or should EVER trust any mainstream source or doctor ever again. Just look here from some of the latest footage from Kingston, and it's undeniable: https://rumble.com/v1ma3je-stew-peters-nanotubes-base-de-graphne-et-leur-raction-aux-ondes-lectromagnt.html

Need more confirms? How about this from the vaunted NEJM, all about the wholesale destruction of the immune system: https://www.reddit.com/r/conspiracy/comments/xcsyks/covid_vaccine_destroys_natural_immunity_nejm/

Or this latest from Naomi Wolf, which gets into, horrifyingly, even more: https://naomiwolf.substack.com/p/destroying-women-poisoning-breast

There are other myriad and ominous reasons for their desperation at a coverup and using a possible WWIII as a pretext, not the least of which I believe are the tentacles of origin of the covid/vaxx Great Reset agenda, which reach back directly into the Jeffrey Epstein network, likely where the Op was first conceived and planned for in a kind of dead-man's switch scenario. Even more ironic given that the global "plandemic" was very likely first conceived as a counter-measure and rollout to be implemented should the heat and light on the Epstein network grow too great in both the public mind and behind closed doors. Now all roads at any kind of disclosure only lead back there, to all the places, characters and networks they sought to insulate and camouflage from the very beginning with first (what's looking increasingly like) a bogus death/suicide, then covid with the vaxx, and then a global war. It's the snake eating its own tail -- coverups covering up coverups. All to keep hidden one very important dark and occult thing that can never be known lest the foundations of the entire earth be shaken.

The extent of the rampant censorship and collusion as to where they DON'T want us to go is beginning to be revealed, and it is shocking: https://www.naturalnews.com/2022-09-30-government-collusion-big-tech-censor-americans.html#

Never forget just how much they have revealed thru their hubris in their own documents and internal papers. Despite what the fact-checkers and Big Tech obstructionists would like for you to believe, Moderna has already outed their own tech and vaxx as an "operating system": https://www.reddit.com/r/conspiracy/comments/osfrjs/moderna_refer_to_their_mrna_vaccine_as_an/

Make absolutely no mistake, this is exactly what Yuval Harari, the WEF's Robin to Schwab's Batman, means when he uses the phrase "hacking the software of life,": https://www.youtube.com/watch?v=3vrkTl9Sv6Y

This all, of course, reaches deeply into both the "Internet of Bodies," and the "Internet of Things," which are nothing more than terms designed by the WEF and others to screw up, as meaningfully as possible, your entire life: https://www.weforum.org/agenda/2020/06/internet-of-bodies-covid19-recovery-governance-health-data/

Of course the plan somewhere down the crazy river is for both of these to become the exact.  same.  thing.

Because you are NOT a person to them. You are a thing. And it's been a long time coming. The Operating System isn't a new concept  by any stretch: https://www.youtube.com/watch?v=XA1LJ3blITU

We are beginning to learn more and more about just how long the elites have had some of these contingency plans in their back pockets: https://www.reddit.com/r/conspiracy/comments/xsuq1e/henry_kissinger_address_the_who_on_eugenics_2009/

Increasing numbers of people are seeing the dots and joining them together: https://www.reddit.com/r/conspiracy/comments/xsx3x8/jeffrey_epstein_cernother_connections_starting_to/

This is all starting to have an impact on far more than just the material realm. Which was very likely the intention all along.

Meanwhile, there are insiders with full knowledge out there living large free-range that need to be subpoenaed and put in front of Grand Juries immediately: https://www.reddit.com/r/conspiracy/comments/xs846w/dick_cheney_as_vice_president_was_responsible_for/

And like THIS still isn't at about 1000% on the uber weird scale and rising: https://www.reddit.com/r/conspiracy/comments/xt2by0/epidemiologists_say_first_cases_of_covid_were/

Following the thread further you will stumble upon the "Starseed Transmissions," where group telepathy was utilized to contact extraterrestrial intelligences that passed along programs to implement for the future: https://www.futureconscience.com/smi2le-the-futurism-of-timothy-leary/

Sense a repeating pattern at work here? John Dee? Jack Parsons? Aleister Crowley? The Scole experiments? The Collins Elite? AATIP? The Clinton-Podesta emails? It's the same old song and dance; today CERN is leading the way, along with vast amounts of quantum computing from the likes of DWAVE and others. Those same quantum computers that "warp speed-ed" the vaxx right to your doorstep btw, if you're looking for more sinister connections reeking of genocide and homo sapiens transformation...H+ is resembling more and more a chimera of The Hive and The Borg, assembled thru genetic manipulation and AI-infused algorithms.

But don't worry, I'm sure that AI isn't the same kind that's doing things like this: https://www.reddit.com/r/conspiracy/comments/xrdubt/artificial_intelligence_will_cast_spells_and/

If so, maybe our future isn't all sexy, blonde Stepford robots gliding around in miniskirts to serve us all exquisitely chilled martinis and perfectly seared T-Bones as portrayed in 1960s copies of Popular Mechanics.... Maybe it's intended to look a lot more like this: https://www.youtube.com/watch?v=1Xu5cSZU37o&t=1s

As an aside, I find all of this that's happening and breaking now in the world coming in the timetable right on the heels of the Queen's death to be highly meaningful and symbolic. Almost as if a corner has been turned, finally, that we're never going back to again. All the old ways, the old Order, are in flux and passing...

Meloni, for her part, once a supporter of the dreaded covid Green Digital Passport, has recently deleted all of her previous support and ran on a platform specifically including stopping both it as well as any further vaccine mandates for all time. She seems to have done an about-face and begun questioning many more EU "truths" she was sworn into and seen her popularity soar because of such: https://www.independentsentinel.com/watch-giorgia-melonis-banned-video/

Also, from what I can gather, it seems she has turned her back on her former ties to the Aspen Institute, a WEF offshoot; another encouraging sign that her journey to enlightenment is ongoing...as it should be for all of us as children with tickets to the world. Whenever conscience trumps ego and personal ambition in this world -- you can take that as a good sign. Results show that you can get there anyway, and even higher, on a sea of good faith and comradeship instead of duplicity and treason. It is still possible.

Isn't it amazing how many formerly "read-in" and compromised politicians (JFK, Trump, possibly Meloni) enjoy their greatest success and mass public adoration when and only when they begin biting the bejeweled hands that were previously feeding and instructing them for years and start advocating for the actual people?? What a concept. There is a lesson there. And it's ringing loud and clear tonight...all across the world.

Be happy and healthy one and all tonight; we're out there hangin' ten on the tides that are slowly but surely turning...

"Columnated ruins domino. Canvas the town and brush the backdrop... Are you sleeping?" https://www.youtube.com/watch?v=VDn_UPjXZEw