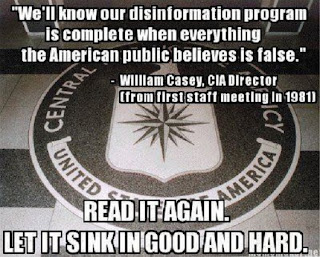 “Never ever go near power.  Don’t become friends with anyone who has real power.  It’s dangerous.”
Stanley Kubrick’s instructions to his wife before he died

I’m going to have to put a halt momentarily to my fine-tuning of what was going to be the next round in the chamber because of the ongoing crisis in Boston. So, in lieu of normal (is anything normal around here?) programming here’s this special report covering the bloody patterning of the New World Order version 2.0.  Unfortunately this and the post I was working on only tie together and support each other in the eeriest of ways as so often happens when these particular stones are overturned.

To start with I present to you one Alastair Stevenson, University of Mobile, Alabama track coach and veteran of numerous worldwide marathons including London and Chicago:  “At the start of the (Boston) event, at the athlete’s village, there were people on the roof (spotters?) looking down onto the village at the start. There were dogs with their handlers going around sniffing for explosives, and we were told on a loud announcement that we shouldn’t be concerned, remain calm, and this is just a drill.”  Here recall the announcements after the first airplane strike, Flight 11, on 9-11 to “remain calm and stay in the buildings. You’re safe. Do not leave the buildings.” Pattern recognition will come in handy before we’ve called it an evening tonight.

The very evening of the Boston explosions, all officials present, repeatedly on camera, cloistered together at a public press conference said they had “no specific intelligence” about ANY drills for the event.  Keep in mind these were Boston Fire, Police, FBI, various state and fed lackeys, emergency coordinators, etc.

Now, thanks to the diligence of 4chan, we have images on video of suspects in no less than Navy Seal gear wearing earpieces, in camo, toting the same black nylon backpacks used in the bombings.

We have a creepy “person of interest” on a rooftop who remains unidentified, and it has to have one of the most disturbingly “not right” vibes of any photo in recent memory. 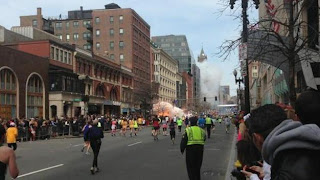 Remember Gladio?  Northwoods?  Do we remember our history anymore?

So, if the Police Department had NO info prior as to any drills, and STILL have none of that info, then, er, just who in the hell was performing these drills?  Just a simple, honest question that I’m sure will be answered as soon as possible by those who serve and protect.

Yet sadly Boston is only a microcosm of what’s going on every day, and I don’t mean just the innocents of Iraq and Afghanistan sacrificed to the gears of Yankee Imperialism, ghastly and shameful as that is and will always be. I’m speaking of the fate of people like Philip Marshall in this country, YOUR country, who are taken out EVERY day in unimaginable wetworks for doing nothing more than trying to tell the truth, the whole truth, and nothing but the truth.
Philip Marshall was an insider.  In 1984 and 1985 he flew with the likes of one Barry Seal in and out of a little airport in a place called Mena, Arkansas, a true flashpoint around and about the Iran-Contra nexus, a global trafficking melting pot that would encompass arms, drugs, and finally, children; the unholy trifecta still greasing to this day the hungry wheels of worldwide black commerce. 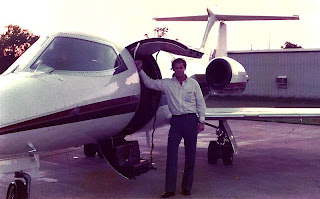 Because Philip Marshall knew people he shouldn’t have Philip Marshall knew things he shouldn’t have.  I suppose some might say that what befell him was merely the ultimate karma of living and dying by the sword, but I suggest that might be a bit simplistic.  However he did know enough about the inner workings of “the Enterprise” and the “Secret Team” and how those magicians got things done to know the official story of 9-11 was bullshit.  He saw Bush Jr. “elected” in 2000 and saw trouble coming, having worked for the Bush cartel since the mid-Eighties. (Clinton and the Bushes were and are thick as thieves shall we say, but that’s a story for another night. A hot August night would be perfect.  Perhaps the August anniversary of the 1987 train deaths of Don Henry and Kevin Ives, one of the incidents that started yours truly down this road of illumination.)
Back to Philip Marshall.  He was running in league with shadows named Shackley, Secord, Wilson, Rodriguez, Hakim, Goss, and Clines.  And he saw shadowing them names like Perle, Wolfowitz, Rumsfeld, and Cheney.  Then there came, as he knew it would, 9-11.  He exposed what he knew as this biggest lie since November 22, 1963 to all who would listen through books, articles and radio appearances.

In the weeks and months before February 2, 2013 he mistakenly told friends and acquaintances that he had found out even more.  This unknown something more got he and his two teenaged children, Alex and Macaila, on that date erased from this earth with extreme prejudice.  Official verdict: Murder/suicide.  Of course. 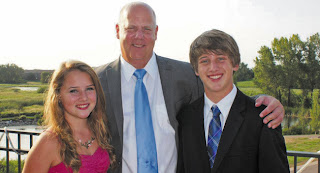 Philip Marshall was right handed.  And shot in the left temple.  His two children were killed (sleeping?) lying on each wing of an L-shaped sofa.  His house was situated acoustically on a Murphys, California hillside bluff such that his neighbors could hear him whistling if they listened, yet no shots were heard.  The gun was found underneath his body, without a silencer in sight.  Three shots to the temple and one for the family dog.  Message received.  Too close and this is what happens.  His extensive hard copy files as well as his hard drives?  Whereabouts unknown.  Police case: Closed.

Feeling like Patrick McGoohan in a lost episode of The Prisoner yet?  Because this is where we live now, where things like this happen routinely, yes, routinely, and the machinery of justice in this Village masquerading as the land of the free scarcely trembles.  Just over the last whirlwind of months we’ve seen glaringly, stupefyingly suspicious circumstances leaping out at us from Aurora, then Sandy Hook, and now Boston.  The first two alone witnessed ties to DARPA, mind control, Government classified studies, mind-altering drugs, suspended psychiatrists (on the payroll), more drills on the day of, and our old pal Satanism, to name but a few of the usual, leering suspects off the top of my head.  I’m sure there’s more.  Because there is always more.

Now in Boston there are bombings followed by the specter of bioweapons, because, well…because that’s just how they roll.  Same as 9-11.  Anthrax out, ricin in.  Both times sent to government officials bowing to pressure tactics and fear; Patriot Act then, open borders and gun legislation now perhaps, or a crackdown on patriot groups.

If I’ve learned anything in the years spent studying this, I’ve learned that criminal networks (Order Out Of Chaos), always exhibit the same tendencies, the same modus operandi.  It’s how predators act; they’re pathological.  They do the same things over and over again, and the historically horrific third week of April remains a fave in the rotation.  Waco(the 19th), OKC bombing (19th), Columbine (20th – also Hitler’s birthday – yay!), Virginia Tech (16th), and now Boston (15th).

Official “drills” that just happen to be running concurrently with something chthonic and serpentine?  Fire away!  That goes for 9-11, the London 7-7 bombings, Sandy Hook, and now Boston.

Ironically in world news April 12, 2013, just 3 days before Boston this headline: Italian Supreme Court President Blames Bilderberg For Gladio Terrorist Attacks.  Ferdinando Imposimato “found a document that left me appalled.  When it comes to slaughter it also speaks of the Bilderberg group.  I believe this document.  I did some tests and I can say that behind the strategy of tension and the slaughters there is also again the Bilderberg group, a sort of Big Brother over-manuvering, using terrorists and Masons.”

Gladio, the stay behind (after WWII) strategy of tension, and its attendant scandals of Propaganda Due, a Freemasonic organization, and Banco Ambrosiano which linked the Mafia to the Vatican Bank, remained a state secret for over 40 years, until its first official examination in a June 10, 1992 BBC broadcast special.  Some of its very first briefing minutes were found dated June 1, 1959.  Any previous records dating to the end of WWII are likely lost or destroyed.  Briefly explained, Gladio was a NATO Cold War stay behind project that sought to create an expedient political climate in Europe by having its agents carry out terror attacks which were then blamed on both far left and far right political groups.  See, no matter who gets in, we’ve got it covered, see? (Say it in your best Edward G. Robinson voice.)

It was designed to demonize political opposition and “force the public to turn to the state to ask for greater security” according to the testimony of former Gladio agent Vincenzo Vinciguerra.  In 2000, an Italian Parliamentary investigation found that the 1980 Bologna train bombing, which killed 85 people, was carried out by “men inside Italian State institutions and….men linked to the structures of United States intelligence.”

“The reason was quite simple. They were supposed to force these people, the Italian public (later all Europeans), to turn to the State to ask for greater security.  This is the political logic that lies behind all the massacres and the bombings that remain unpunished, because the State cannot convict itself or declare itself responsible for what happened,” he added. 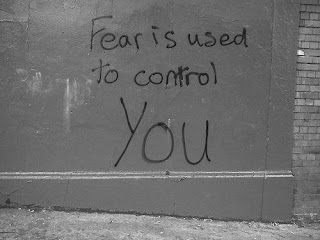 So much for those well-read and supremely reasoned “experts,” I call them the garage pontificators, who always decry any wide-ranging conspiracies, continually parroting that tired old warhorse about how so many people could never keep a secret for so long.  This one simple historical example paints them for what they are: dangerous, ignorant idiots that have kept the world the way it is for decades through simple laziness, apathy, or having attitudes so cripplingly self-important to their pitifully small circle they can’t be bothered to read, care, or even take an interest in what kind of world will be left for our children.  Super people aren’t they? They’re the ones that have gotten us in this mess to start with; they’re the ones that have kept us in this mess.  And they’re the wet dream of every inbred dictatorial junta since time immemorial. 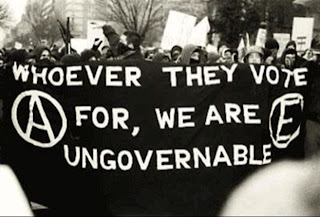