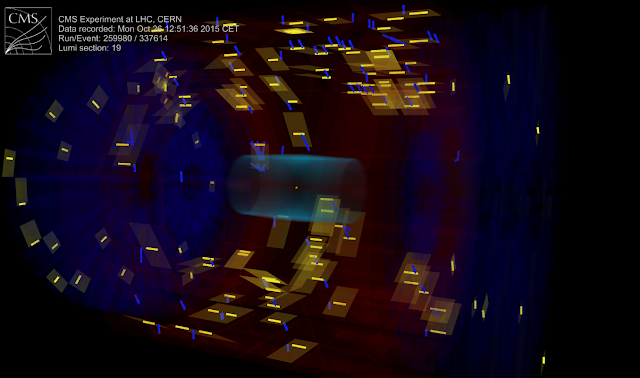 “Someone said the world was Under Ether

Better bet your bottom dollar, better bet your bottom dollar
That before your eyes we turn to dust
Bodies rearranged
Someone said the world was all but dried out
Read it on the walls around you
Waiting for the paint to dry
Well, you might not have to wait
Very long…
Ether stole your thoughts while you were sleeping
Came in through an open window
Looking for an open mind
And it wiped that smile right off your face…”

Roland Orzabal, Under Ether, from the album Tomcats Screaming Outside, released September 11, 2001

Just a quick notice for all you seekers, pre-Halloween, and from the industrious ghouls at the CERN facility.  These people had been saying for quite some time, over a year at least, that the upper-end of the attainable power levels were only going to the threshold of 14 TeV, or Tera Electron Volts, with the “T,” or Tera, representing the measurement in the trillions.

This was the power attained as a result of the force of the collisions inside the Large Hadron Collider of at first protons, but then moving into the area where protons were to be subbed out for Lead ions, exponentially increasing the mass, and thereby violence, of the collisions taking place, resulting in ever-higher levels of energy release.  This resultant energy release is to reach such states that, in their words, hopefully the end product will be the actual creation of “portals” which breach other, previously only theoretical, and unreachable, dimensions of space and time.  The true purpose for the creation of these passageways remains unstated at this time, however, supposition reigns supreme that they are looking to establish contact, specifically with intelligences hyperdimensionally hidden and locked within the planet Saturn.  (Start at the posting ‘Year Zero The Aeon of CERN’ and continue for explanations and to view the roadmap so far.)

The breaking startling news, gleaned straight from the CERN literature and also alerted to by good friend Anthony Patch, is that the prior 14TeV levels have been updated in the extreme.  So much so that the previous levels pale into insignificance.

Starting on the new date of November 20 and set to continue through December 13, the new levels of the collisions of lead ions are set to reach not 14 TeV, but 1,148 TeV, or 1.15 PeV, the “P” in this equation representing “Peta,” or quadrillions.  And just to reiterate, the highest energy release levels so far have reached just 13 TeV in May of this year.  Tera equals 10 followed by 12 zeros, with Peta being 10 followed by 15 zeros.

To say that these “scientists” are playing with forces, and at something, that they have absolutely no conception of seems redundant.  These black magickians resemble nothing so much as their crazed outlier familiars at the first Manhattan Project Atomic bomb tests, Robert Oppenheimer, Edward Teller, Niehls Bohr et al, who set off the multiple explosions without knowing whether or not their actions would cause the entire atmosphere of Earth to ignite, the spontaneous combustion quickly snuffing out all life here.  Fortunately for succeeding generations, that didn’t happen.  But the point is, they didn’t know.  And they did it anyway.  Just because they could.  That’s not science by any definition ladies and gentlemen.  That’s them listening to their Master, and rolling the dice.  A strategy those currently working the black seams at CERN are following to a “T.”  Or more to the point, a “P” now.

When energies along these orders of magnitude are manifested, we can expect striking visual changes in the magnetosphere (imagine the Aurora Borealis on steroids), marked increases in numbers and intensity of earthquakes (which is currently already underway worldwide) as well as other joyful “unknown” unknowns as Donald Rumsfeld used to say. 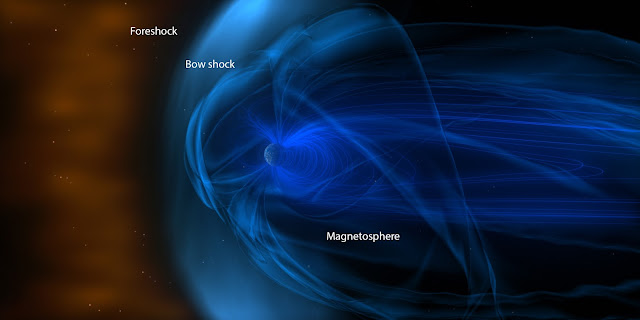 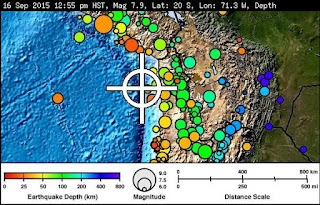 Who is to say what exactly is going to happen when “the joining” gets underway?  This NASA illustration, released without explanation and without fanfare last year, is bizarrely apropos of all we’ve been unraveling…you will notice the glowing poles of Saturn and Earth. 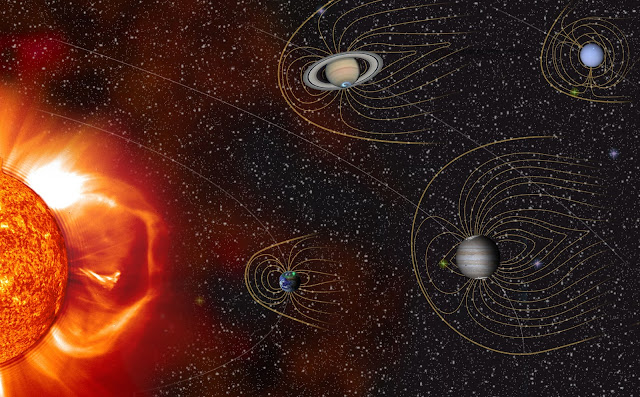 One last note, and perhaps not being totally germane to our conversation here, but incredibly spooky nonetheless: according to Wiccan and occult literature, the element Lead happens to be ruled by Saturn.  Chronos, the Greek name for Saturn, is the father of Time.  In occult lore, after death, the soul is weighed on scales made from lead, Saturn’s ruling metal.  For magical uses and in rituals, spells, and amulets, lead promotes contact with the deep unconscious and the underworld.

We’ve also seen in previous posts the importance of the symbol of the hexagon pertaining to all we’ve discussed lately: upwellings on the polar regions of Saturn, encoded in the machinery at CERN, in the geometry of their huge structures under the ice at Antarctica.  And now, just to show you how long this alchemical geometry has been “seeded” into their rituals to affect the collective on subliminal levels, let’s look at the numbers 9/11 written out in Roman numeral form:

Look to the exact middle area of the above.  A hexagon.  Nothing could be simpler.

They hide in plain sight.
Posted by wordman at 11:12 AM