ALL OVER BUT THE CRYING 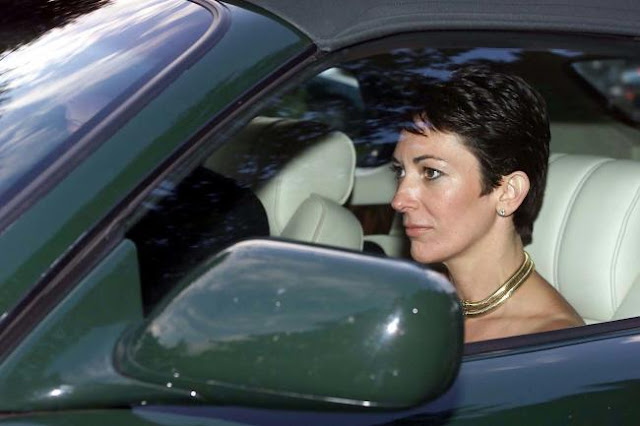 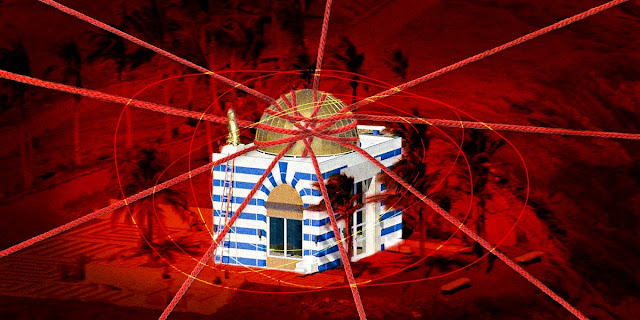 "There's a fool born every minute babe
But this time it isn't me
It doesn't take 20/20
To see what I can see
Don't want to hear nothin' bout nothin'
Don't want to hear how you're sincere
Cause your actions speak louder
Than the words you whisper in my ear
Don't tell me nothin's going on
I can feel it down in my bones
You can say everything's alright
When its me going for that walk all alone
And I don't want to hear your promises
I know the truth and you're lying
It's all over, all over, over but the crying
Go on and talk all you want baby
Just gonna sit right over here and listen
Hey you just go right ahead little girl
Well you've got my undivided attention
Ah, but I've been listening
To what you tell me with your eyes
Those blue, blue windows
You just can't disguise..."
https://www.youtube.com/watch?v=6_l_7Zbe3UE

Work on 2 other important posts is delayed for the time being to keep you all on top of this as it comes in: At approximately 8:30 AM this morning (Thursday, July 2), Jeffrey Epstein’s No.1 procurer and partner, Ghislaine Maxwell, was taken into FBI custody in Bradford, N.H.

Well, let’s try this again, shall we? The falling dominos sweepstakes resumes, almost a year to the day that Epstein himself was arrested.

I arrived at work at 8:45 AM EST today and it was a bit after 9 when I checked reddit and saw the breaking news. Cartwheels began almost immediately. Finally some good news amidst a sea of mind control bullying 24/7.

First of all, thanks to my friend MissFrill over at flyingcuttlefish and 9east71 blog for alerting me to this from CDAN about 2 weeks ago: https://www.crazydaysandnights.net/2020/06/blind-items-revealed-2_26.html?m=1

Blind Items Revealed #2    June 18, 2020
The madam/procurer/sexual assaulter, through attorneys who are not the attorneys representing her on legal issues have made it clear they are in possession of a treasure trove of documents and recordings made by the madam which name hundreds of names and a range of crimes from soliciting to murder. Poison pill is now in place is the gist of what they said.
Ghislaine Maxwell

One weird thing (unless she's really stupid as Q always says -- always a possibility) is why come to the States when you've got multiple safehouses & hideouts elsewhere? Many I'm assuming without extradition (I know that's the case for MOSSAD/Israel) That's just asking for it -- I mean, 8:30 in the morning in Bradford, N.H? Are you kidding me?

Couple of points: there's a lunar eclipse on Saturday & we all know how they love their occult markers -- timed to coincide? That could mean she's finally being trotted out as a sacrifice willing or not. Another thing: in the endeavour to suppress this as much as possible (even though springing this right before a big holiday weekend serves that purpose well enough) expect some kind of bloody false flag in the next 24-48 hrs, possibly somehow involving children.

If that DOESN'T happen, it likely means this takedown is itself the work of the Deep State and planned for her to take 100% of the fall herself. Something I can't see her doing btw -- she's too much like her Dad.

This is on the tippy top of every reddit, facebook, twitter & instagram feed going right now -- something they cannot allow to continue without severe blowback to still ongoing operations. (The mysterious death of Steve Bing looking extremely likely to be a major part of those…) But much more on that rabbit hole and the connections is coming…

US Law Enforcement officials have AGAIN made the invitation to Prince Andrew to come & speak with them: the response will be more interesting this time when he knows who they have in custody. Pressure begets pressure.

Right now at face value & not knowing anything behind the scenes, this is a HUGE win. Full stop.

If people thought the Swamp was scared when we nabbed Epstein, imagine how they're feeling now that we've got his boss.

I seriously wonder how much the continued presence of former victim Maria Farmer going on every interview platform in sight has had to do with this -- she's the one that's said time & again that Epstein had THOUSANDS of victims -- over 600+ in Florida alone -- and that out of all those only 30 have come forward in all these years.....where are the rest? She's made that ominous point again & again. The vile answer leads to at least, murders of convenience, & at worst, ritual sacrifice. Which of course leads straight into the deeply, deeply occult; not to mention the phone numbers of some of the largest movers and shakers on this planet.....and who they worship...... And why.
https://www.youtube.com/watch?v=ByKYjtHXQn0&t=343s

https://www.youtube.com/watch?v=yK_sYnIAlq8&t=2072s
Follow all of the above links for some scary dot-connecting.

The answers to THOSE questions are what would drive most people over the edge (and what Q once claimed must remain hidden for the good/health/safety of all humanity...)
Life may be about to turn more TRUE DETECTIVE than we could have ever imagined, as you can hear.

Hopefully -- HOPEFULLY -- the FBI will protect her.  If not, that will of course tell a story also. If I were Trump, I'd have her under lock & key in the WH itself. Somewhere panic-roomy and far underneath -- in the nuclear catacombs.
If not, KIllary & Co will have the Suicide Hotline on speed dial & placing an order to go!! Again.

Disclaimer: none of this is to encourage the scenario that Epstein is well and truly, in fact, deceased. As more and more curious truths emerge – not the least of which being all of his bank accounts being far from inactive since his death. (there have been verified accounts of incredibly large sums of his fortune being shifted and protected…), the troubling possibility remains that he may well in fact be only hiding out at parts unknown, This scenario is only bolstered by info drops on the day of his supposed death like this one: 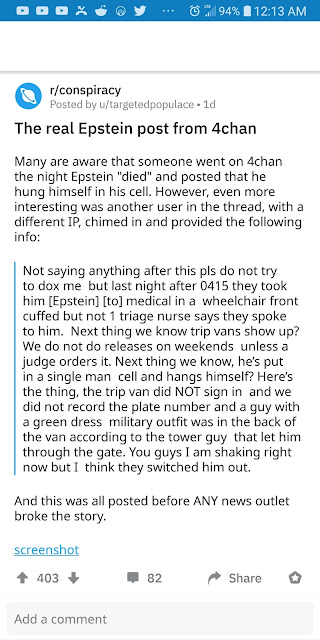 Also happening at nearly the same time and in a possibly related matter, an armed intruder (Armed Forces) was caught breaking in to the Canadian Prime Minister’s Rideau Hall today also. Was this part of an evidence removal laced with plausible deniability due to a tipoff?
https://www.cbc.ca/news/canada/ottawa/intruder-rideau-hall-ranger-1.5634749

And how many more like this will now be happening in the near future with so many not knowing exactly what, and how much, Maxwell is ready and willing to spill?

Keep staying tuned to this same bat channel for this and so much more – and there will be more very soon as this situation, not to mention the one involving the still morphing COVID mess of mind control and transhumanistic altered states – are still both very much in flux. And the high, low, and all points in between will continue to be hit, hard and often, right here. The connections between all of this now taking place in real time are dizzying.

Stay safe in these interesting times as the dominos are falling, and the psychopomps are flying, all over again over a long, hot weekend featuring all manner of fireworks.

We live in a world where the victims and the manipulated fall for cheap promises, only be to preyed upon and worse. Here's to all of them and all of us on making those responsible for so much misery, answer for their crimes against humanity.