Well, things here on the corner of Fire & Brimstone just turned crazier than a crapweasel on multiple fronts absolutely simultaneously.

It’s summertime and the livin’ is supposed to be easy, but bodies are being found almost as fast as I can type this, hanging from doorknobs in hotel rooms across the country.  Strange fruit indeed.
Making this all the more evidentiary and suspicious is that almost all of these “suicides” have distinctly linear links to places they were poking their noses into that, in hindsight, they likely shouldn’t have.  Places with names like Haiti and Mena.  And in operations that linked child and human trafficking with the Clinton Foundation and the Clinton Global Initiative.  And let’s call it what it is – Pedogate (not ‘Pizzagate’ anymore) on a worldwide scale.  Rothschild cleanup in aisle 3. 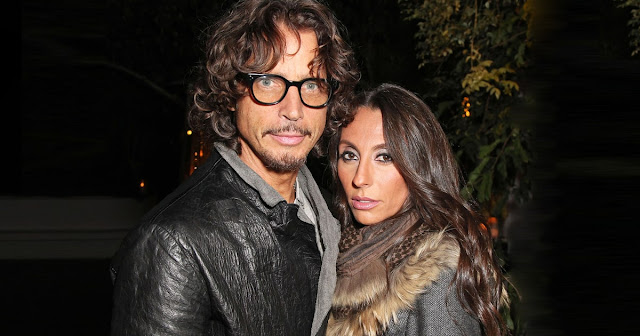 First, as noted everywhere, was Soundgarden and Audioslave frontman Chris Cornell.  Clearly under some kind of monstrous stress in the final weeks of his life, he and his wife Vicky had just started several charities and foundations looking into the adoption and missing children irregularities in Haiti; the very areas that Clinton Foundation worker Monica Petersen was looking into when her life ended abruptly also in Haiti on November 13, 2016. 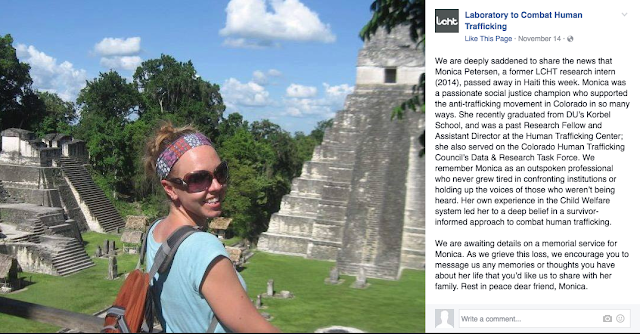 Although various “friends” of hers also working for the Foundation posted to facebook that night that it had been a suicide and that a note had been left, as of this writing the Petersen family still has not been able to determine a cause of death for their daughter – neither have they been able to get any information from authorities regarding ANY circumstances surrounding her death or any leads into what may have happened to her.  All channels have been shut down.

And now we have the death of Chester Bennington, best pal of Cornell and frontman for Linkin Park.  Word is that Cornell confided many things that he had found regarding the Clintons, their ties to Haiti and what it meant, and even stretching back into the Mena/Iran-Contra investigation to Bennington, just before, once again, Bennington’s mysterious “suicide.”

And while I can’t vouch for this coming info 100% yet, the sleuths at 4chan (leave it to them) have been at it again.  I present this before I can totally verify it, just so you get it as I get it in real time.  Any facial recognition experts out there?  Couple this spooky evidence with the known facts of Bennington’s having been sexually molested as a youth, and his mother’s affair with Podesta, and an ominous pattern begins to emerge. 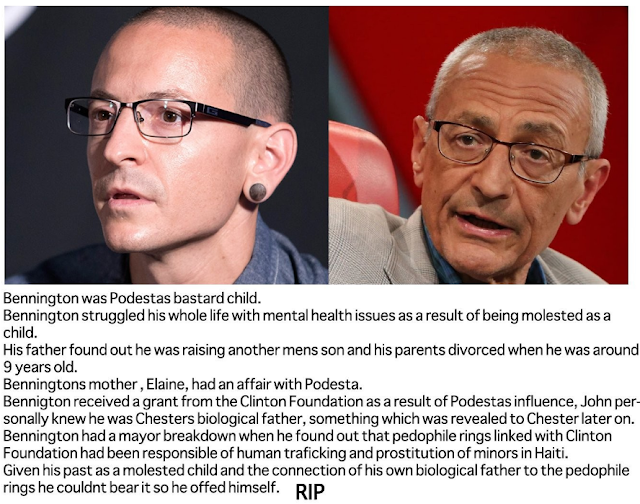 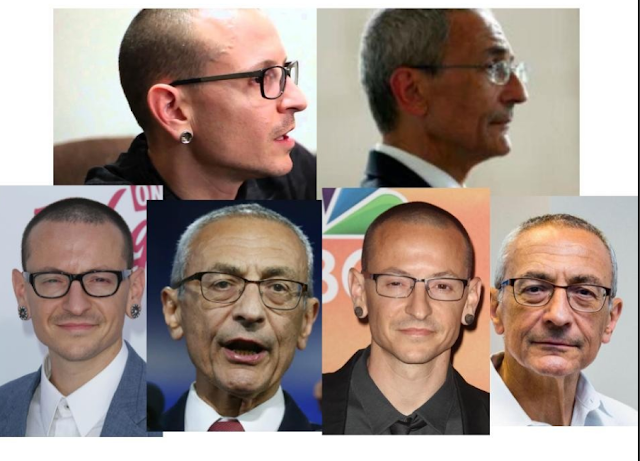 Finally, so we don’t leave any other Podesta evidence hanging out there, there was this missive in just the last 24 hours from Julian Assange also.  Although it comes under the official wikileaks heading, let’s keep in mind that we have no absolute way of knowing whether or not this is the real Assange.  (Late last year various deadman’s and fail-safe switches were triggered that were supposedly only to go into effect if or when the physical safety of the real Assange was compromised or terminated) – so we can only assume that either this is the real Assange and he escaped harm or this is a proxy speaking on his behalf…the wikileaks org as a whole rolls on, seemingly as airtight as ever.  NO information of theirs that has ever been released has ever been disputed to date.  And so this is their latest implicating Podesta in even more: 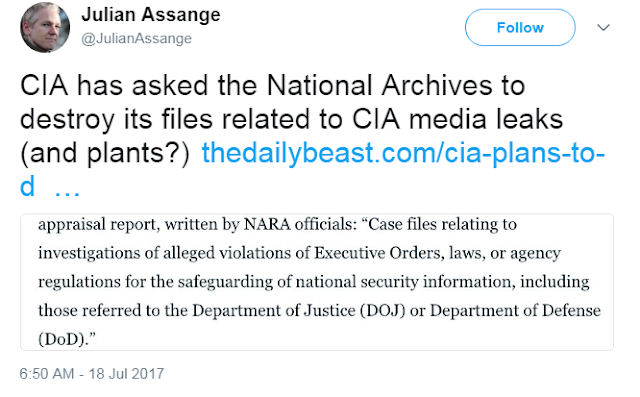 Earlier this year, on Feb 21 2017, “Lady” Lynn de Rothschild pointedly sent out this on twitter: “this is pathetic. HRC lost because you ran an arrogant, out of touch campaign; you have destroyed a great family and are a loser.”  Who was the object of her ire?  John Podesta.  One wonders as the noose keeps on tightening just how much longer the puppet masters are going to allow this troll to keep on breathing?  He’s already been ruined professionally and privately thanks to the emails that the world knows about now thanks to wikileaks, reddit, 4chan, and voat.  What was supposed to be inside jokes and filthy snickers in code among the 1% of the Ninth Circle or cabal of witches is now out among the masses.  And the MASTER witches, like the Rothschilds, can’t be happy about that.  They fired up an unprecedented media campaign of “fake news” and “witch hunt” memes to try and combat the tsunami of truth, but it was all for naught, because our onslaught for justice continues unabated.

And speaking of connecting dots together, has anyone noticed that the M.O. of death for Cornell, Bennington, and who knows how many others lately we haven’t even heard about yet matches EXACTLY Mick Jagger’s girlfriend L’Wren Scott’s mysterious death in 2014?  Yes, hanging from a doorknob in an apartment/hotel room.  In Scott’s case, it was with a black, silk scarf.  In Cornell’s an athletic resistance band.  Authorities are already eerily claiming that Bennington took his life in a manner “almost identical” to the way Cornell did.  I’m not sure of Bennington’s stature, but Scott was 6’3” and Cornell 6’2”.  Any bets of how it’s even physically possible to hang yourself, when you’re that height, from a doorknob?  And Scott’s longtime beau prior to Jagger?  Nathaniel “Nat” Rothschild.  Oh, to be a fly on the wall for some of the things she must’ve been privy to.  How many more bodies, people, do we need?

More to come soon, I’m sure of that.

“Well it's so hard, so hard to be responsible
Knowing everything, everything that's possible
When the bad wind, when it comes blowing in
I'll pack my things and I'll move on again
I feed the rich and fool the poor
Stack the bodies outside my door…”

p.s. These also just came across the wires...more pressure...let's see what happens...stay tuned.  Always remember that it really IS a witch hunt if there really ARE witches. 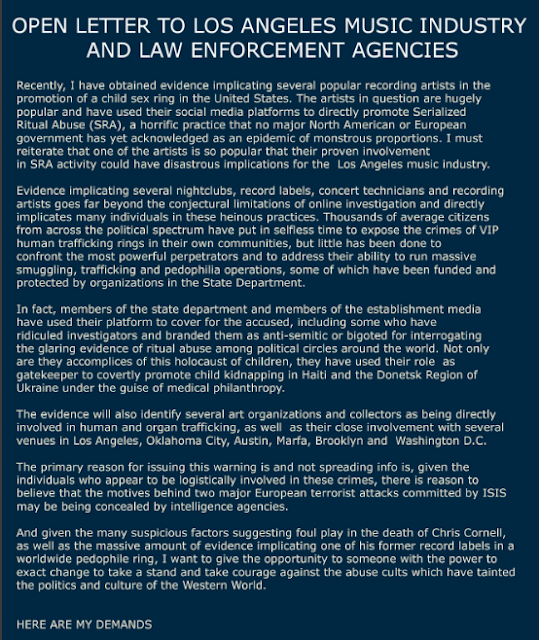 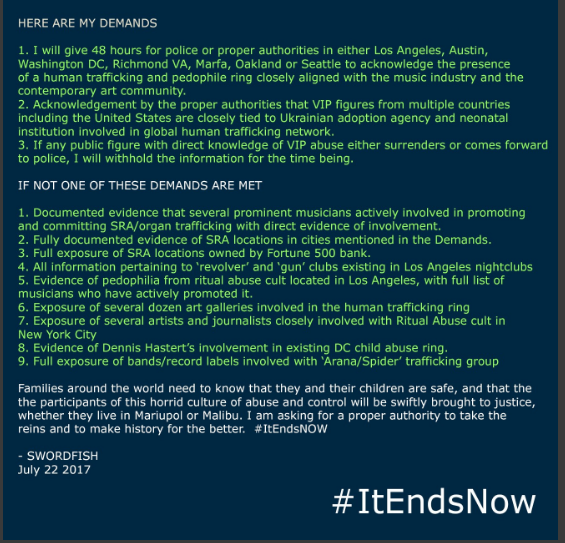