KILL LIST (WHAT DO YOU WANT TO BE WHEN YOU BLOW UP?) 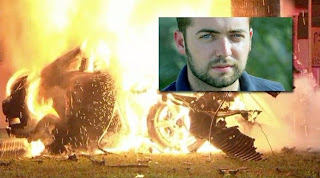 “In a very real and terrifying sense, our Government is the CIA and the Pentagon, with Congress reduced


to a debating society.  Of course, you can’t spot this trend to fascism by casually looking around.  You can’t


look for such familiar signs as the swastika, because they won’t be there.  We won’t build Dachaus and


Auschwitzes; the clever manipulation of the mass media is creating a concentration camp of the mind that


promises to be far more effective in keeping the population in line.  We’re not going to wake up one morning


and suddenly find ourselves in gray uniforms goose-stepping off to work.  But this isn’t the test.  The test is:


what happens to the individual who dissents?  In Nazi Germany, he was physically destroyed; here the process


is more subtle, but the end results are the same.  I’ve learned enough about the machinations of the CIA in the


past year to know this is no longer the dreamworld America I once believed in.  The imperatives of the


population explosion, which almost inevitably will lessen our belief in the sanctity of the individual human


life, combined with the awesome power of the CIA and the defense establishment, seem destined to seal the


in the name of anti-fascism.’  I’m afraid, based on my own long experience, that fascism will come to America


Paying very careful attention to the pertinent part of Garrison’s quote about Nazi Germany physically destroying those who would dare deviate from the party line, let’s for now take a quick look at the recent case of journalist Michael Hastings’ death, or is that murder?  All evidence seems to point to the latter as he was doing his level best to continuously antagonize the power elite, and his latest probings into their grand plan took him straight into some of the most dangerous and mind-boggling territory imaginable.

We all know the story by now of this whistleblower/disturber of the peace, who crashed and burned when his 2013 C250 Mercedes seemingly lost control when traveling near top-end velocity down Melrose, somewhere in the hazy shades of California’s lost wee hours.  While the technology definitely exists for said car to be helped into runaway acceleration by remote cyber attack, a theory endorsed by the likes of Richard Clarke, former chief counter-terrorism adviser to the National Security Council, (and isn’t that kind of cozy in a nod-and-a-wink way right there) what’s not as widely known or as widely reported is the fact that the engine ejected some 40-50 yards from the crash scene and at a bizarre 90-degree angle from the vehicle.  It’s left up to the reader to surmise what this means, but an explosion is most certainly not out of the realm of possibility and in fact seems likely given the sturdy manufacture of Mercedes product and the parameters of all known Mercedes crashes in the actuarial database.  Perhaps even more interesting and important than picking over the minutiae of the crime scene though, is placing it in the context of some very recent history, and the lengthening shadows that it casts over us all.  (Clarke by the way performed the same disclosure/limited hangout routine as part of the 9/11 dog-and-pony show aftermath.  Just another bit of their misdirection M.O.: re-phrasing something we already know before feeding it to us like it’s a revelation.) 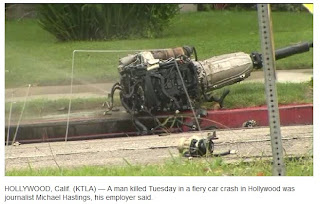 NBC News reported on 2/4/13 this headline:  Confidential Justice Department White Paper Reveals Legal Case For Drone Strikes On Americans, detailing secret White House memo.  In a separate talk at Northwestern University law school in March 2013, Attorney General Eric Holder specifically endorsed the constitutionality of targeted killings of Americans, saying they could be justified if “government officials” determine the target poses an “imminent threat.”  The memo itself, however, introduces a more expansive definition of “self defense” and “imminent threat” than described in any public speeches.  Or, the more things change, the more they stay the same Mr. Garrison.


It refers to what it calls a “broader concept of imminence” than actual intelligence about an ongoing plot against the homeland.  This basically means they can make up the rules as they go along for any reason they care to murder you.  Make up the rules.  Make up the evidence.  Murder Incorporated.  (It ain’t too complicated.)  “The condition that a leader presents an imminent threat of violence against the U.S. does not require the U.S. to have clear evidence that a specific attack will take place in the immediate future,” the White House memo states.  It says an “informed, high-level” official of the U.S. Government may determine that the targeted American has been recently involved in activities posing a threat of violence and there is no evidence suggesting that he has renounced or abandoned such activities.  (The memo does not define “recently” or “activities.”)  Of course not, their definitions remain always fortuitously liquid, eternally malleable, strangely etched into only fluidic space.  Orwellian enough to get away with murder.  My murder.  Your murder.  Danny Casolaro’s.  Deborah Jeane Palfrey’s.  Gary Webb’s.  Michael Hastings’.  Paul Wellstone’s.  Hunter Thompson’s.  Barry Seal’s.  Oswald’s, Ruby’s,  JFK’s.  Any rough edge they need filed down, chipped off (pardon the pun), or hammered in.  And it goes on and on and on, in this country of the State-regulated imminence front that Hastings ran afoul of. 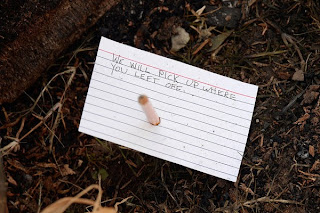 “You already know enough.  So do I.  It is not knowledge we lack.  What is missing is the courage to understand what we know and to draw conclusions.”             Sven Lindqvist

“The more we do to you, the less you seem to believe we are doing it.”      Hauptsturmfuhrer SS Dr. Josef Mengele

"If there is no tiger in the mountains, the monkey will be king."    Chinese proverb

Finally, in a reporting right out of the Mae Brussell files or perhaps The Outer Limits, sources are claiming Michael Hastings’ murder happened after his confirming human cloning at one of Life Technologies Corp. locations somewhere in the Midwest United States. (This would of necessity have to be a covert, “black” site; Life Technologies is publicly listed only in New York, with adjuncts in Foster City, CA and Frederick, MD.)  Since all of Hastings’ perfectly delivered hatchet jobs on the military were a foregone conclusion, was this why he said he was fearful and “going off-radar” for a while?  Was this why he claimed he was being pursued by the FBI?  There are whispers even now in the underground of his possession of incriminating smartphone photos and some type of CISCO router evidence, and also word the NSA was involved in shadowing him.  What’s already known is that in his last hours he was seeking legal advice from friends and acquaintances at Wikileaks.  Isn’t it fascinating how in today’s world even your garden-variety crass political assassination presents a subtext of sci-fi, a whiff of something “other,” a signal in the noise of the dictatorial reign of Apple/Google megatechnology “managing” our lives.  Even since starting these postings a shift has occurred, transforming the political into scary stories of shadows and deep-state sorcerers that we gather to read about around the electromagnetic campfire late into the night.  The zeitgeist is shifting yet again; can you feel it?  Something is on the horizon and forming.  We had all better decide we want to be that tiger in the mountains before it's too late; before the ruling monkeys blow us all up. 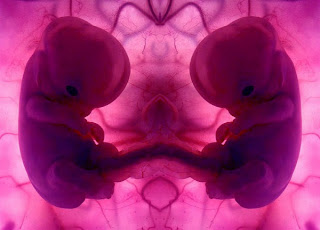 Once again, where this leads is anyone’s guess, but I’ll just say if you seek out Life Technologies online you’ll find some very…interesting…things.  As interesting as the fact that Hastings’ wife/widow was the speechwriter for Condoleeza Rice.  Which I’ll only say must have meant he was a man in love with being squarely in the crosshairs. A corner we’re all being painted into.  We now return control of your computer to you, until next time when the control voice will take you to…. 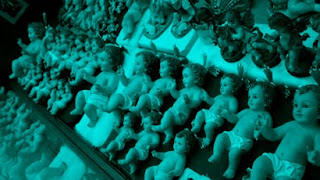