SHELTER FROM THE DNA SUPERSTORM 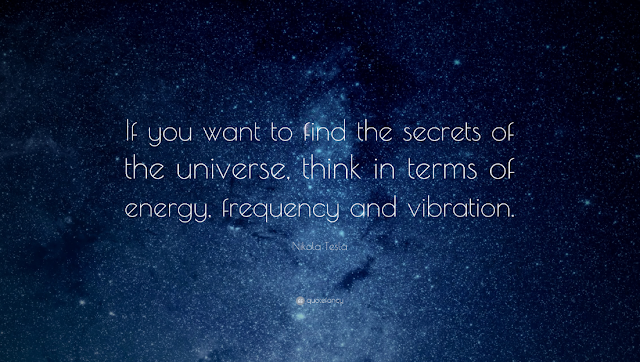 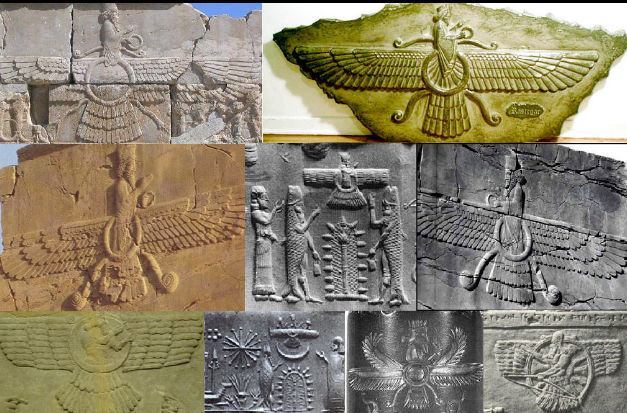 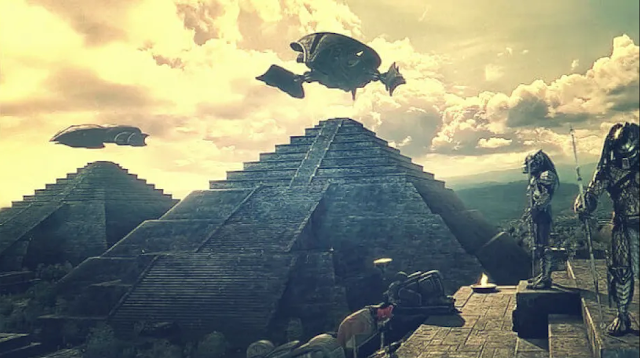 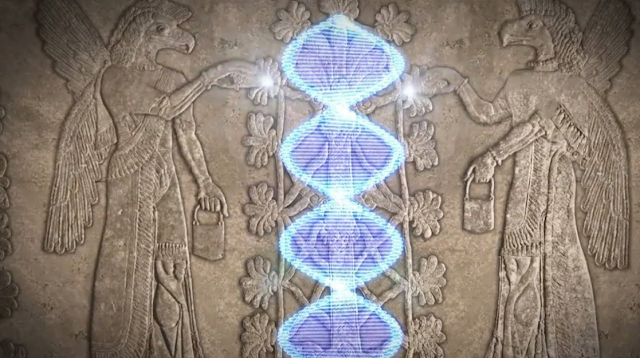 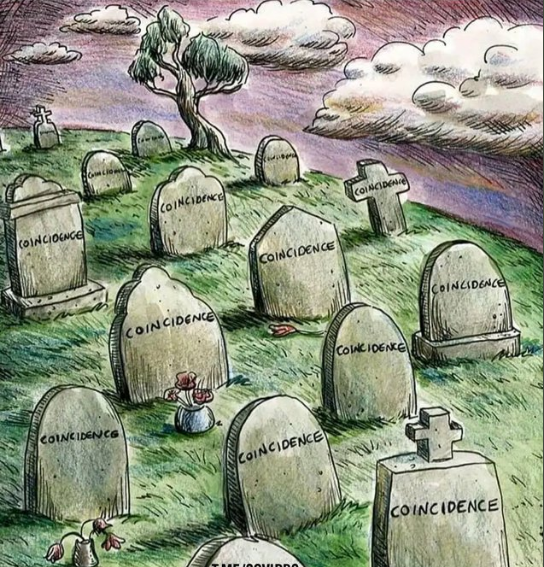 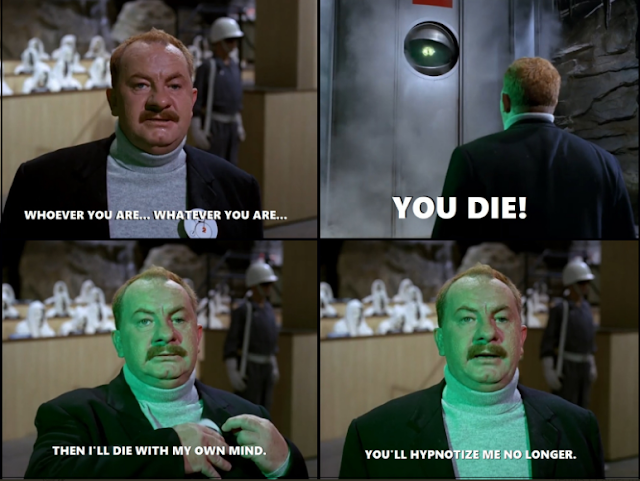 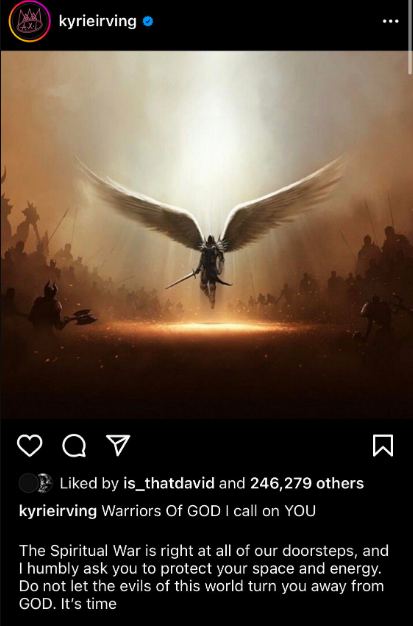 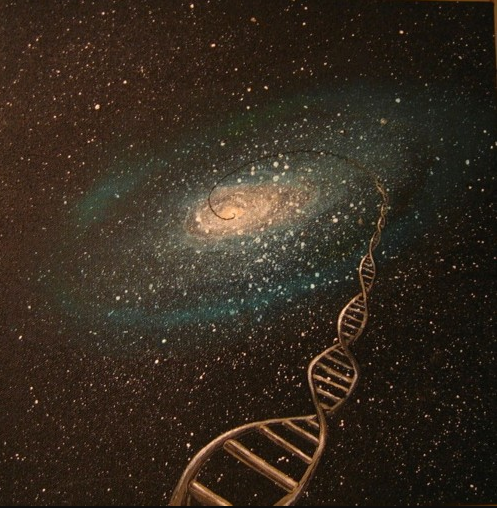 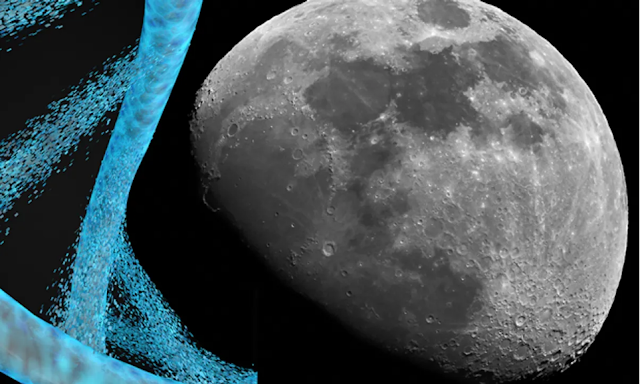 Karma police, I've given all I can

It's not enough, I've given all I can.

But we're still on the payroll

This is what you get, when you mess with us.  https://www.youtube.com/watch?v=1uYWYWPc9HU

Take a load off, sweetie darlin/ Let me run agenda thru your hair/ There's so much information for the next generation/ Who's gonna drop it if you're not there?/ And whether the enemy makes a run on the palace/ Or whether the enemy does not/ The children will be laced with the protection of the Word of God/ The opposite of NATO is OTAN/ And if the number 13 is such a bad luck number when there's no such thing as luck/ Then the berries, talons, arrows and stars/ Are all superstitions, what the fuck

Get busy big baby cause when them devil come/ Dem devil come dressed as light/ Maybe they gonna fool the untrained mind but nobody I know gonna bite/ Like a thief in the night my Lord come and strike/ Leave nothin but ashes to the left dust to the right/ Holocaust aside many lived and died/ But when all truth is told/ Would you rather be dead, or be sold? https://www.youtube.com/watch?v=_G8_ixYzsD4

"This is why I value that little phrase 'I don't know' highly. It's small, but it flies on mighty wings."  Wislawa Szymborska   Nobel Lecture, December 7, 1996

Before any major storm or crisis breaks, there are always precursor events, perturbations in the Force, that telegraph intent. Such was the case with covid, the coming of the vaxx, and what the endgame was going to be. We all needed to be paying far closer attention to the interests of the flashpoint dude at the eye of the storm.

The major tipoffs started early in 2015 from my perspective: https://mcmmadnessnews.blogspot.com/2015/04/normal-0-oh-we-do-haveour-stable-of.html

Here the warning bells started going off. And the questions in my mind started to be asked. Nose to the air, ear to the tracks and sniffing around...something was coming.

Jeffrey Epstein gathered around him the greatest, most cutting-edge minds of his generation. But he was doing so for a reason: https://www.naturalnews.com/2022-08-25-exclusive-fibrous-clots-harvesting-electrically-conductive-elements.html#

"As the clots have electrically conductive elements, Adams pointed to what happened to Dr. Charles Lieber, who was convicted by the Department of Justice for sharing secrets with communist China.

'His patents are all about nanocircuitry and bio interfaces at the cellular and subcellular level. So if you read his patents it's all self-assembling nanocircuits inside human structures. So follow the yellow brick road and see where that leads," said Adams."

We also cannot forget about Nicole Junkermann and her vital import to the Epstein inner sanctum. Why?

Was Epstein well aware of her network and in turn using that for the compiling of a vast DNA database? Establishing patterns, registering commonalities, making connections. This of course calls into question just what has happened to the tracking of ALL of our DNA thru proxies like 23andme, Ancestry, not to mention the final destination of those millions of cotton swabs from the testing kits? https://johnnyvedmore.com/2019/07/18/featured-content/

With who fell into Epstein's circle, and all the info stored within that chain of command, it's becoming increasingly clear that at the very least he knew all about what was about to come down re covid, the vaxx, lockdowns, DNA manipulation, all of it. Ridiculously suspect is the timing of when it all went down juxtaposed with his death/disappearance. Add in the occult initiation ritual fingerprints inherent in the masking framework**, the planned transubstantiation of humanity, the child sacrifice markers encoded within both the island and Zorro Ranch, etc, and the amount of smoke present is far too voluminous for there not to be some serious fire. We are enveloped within a vast spell. Some have dubbed it Mass Formation Psychosis.

We might even go as far as to say Epstein was the mastermind behind everything that's happening now, or at least the nexus point all the other coordinators had to run thru. Knowing his traceability to the greatest human-experiment-turned-genocide in history, we can even extrapolate that he chose to disappear to try and escape justice.** A justice far too long in coming due to the muddying of the waters by the MSM and the overall lack of critical thinking skills inherent in the population at large. The ability to see what IS has atrophied to a disturbing, life-threatening extent.

Mad scientists, as it turns out, are fully encoded within the bloodline: https://robscholtemuseum.nl/amazing-polly-epstein-and-mad-scientists-brianna-nofil-cias-experiments-with-mind-control-george-pendle-rocket-scientist-kenneth-anger-inauguration-of-the-pleasure-dome-1954/

And as the bloodline goes, so goes the occult transformation of humanity.

It's like living the opening scenes of select episodes of the UK's Utopia: https://www.youtube.com/watch?v=rcx-nf3kH_M&t=1s

Meanwhile, stateside, Clown World continues with a heavy undercurrent of Fascism by definition: 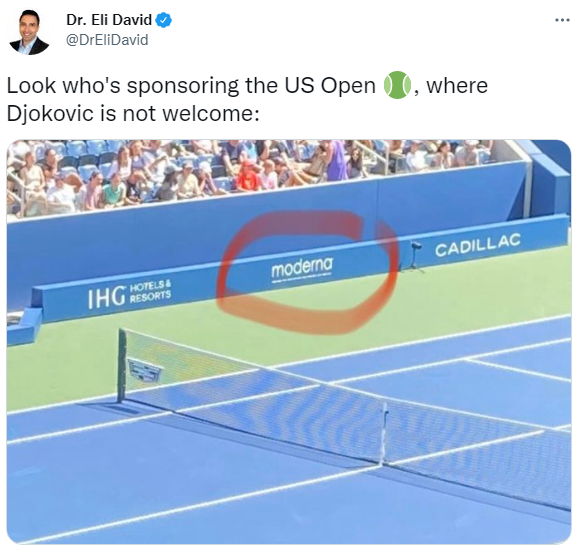 Next year's main sponsor: Funeral directors.
I'm beginning to think, and not for the first time, a Death Cult is a distinct possibility. Entire political bases and ideologies still hold to this philosophy, handed down from the Aztecs, Canaanites, et al. Practitioners of the exact same core beliefs, ahem, Epstein was reveling in. Watch as it all begins to come together in that race to the bottom.
https://www.msn.com/en-in/sports/other/moderna-comes-under-fire-after-novak-djokovic-withdraws-from-us-open-due-to-covid-protocol/ar-AA117X0s
And Billie Jean King should be shot right in her soulless paid-for disgusting duplicitous face. Spoiler: they're all whores: 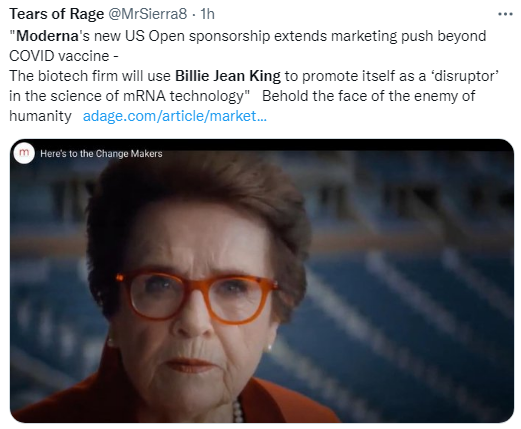 Selling your soul for fun and profit!! Ooooh, you'll be called a changemaker!! Judgement withheld forever on actual welfare for your common brother or sister. Or at least reserving same until you can do, oh, I don't know, five minutes of research that would provide you with all you need to know to run screaming in the other direction. By all their fruits you will know all of them.
And let's make no mistake, from every corner, the backlash has openly begun: https://www.banned.video/watch?id=630936b222858d2ad07d68c8
https://www.godlikeproductions.com/forum1/message5216801/pg1
https://www.westernjournal.com/dr-birxs-bombshell-vaccine-admission-knew-vaccines-wouldnt-protect-infection/
Birx admitting, Fauci 'retiring." What's next -- I'll tell you what....
The start of a physical damage trend now coming to tennis. It's not just for footballers and cyclists anymore: https://twitter.com/hugh_mankind/status/1563587376253108224
Doctors are "baffled." 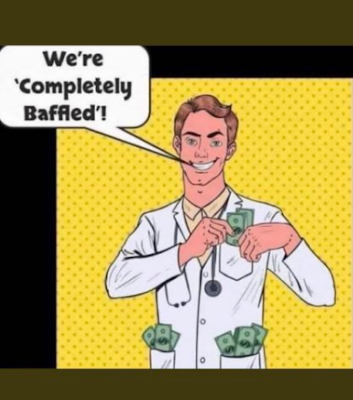 Moderna's new tagline for the Open? Wait for it..."This Changes Everything." Seriously.
Right in your face. So when all the SADs are dominoing and the case is clear, they can fall back on, "Well, we told you!" There's your informed consent sheeples. Change your DNA? Sure, we told you so, remember?  How about straight from this horse's rear end: https://rumble.com/v1gonfd-klaus-schwab-.html
https://alter.com/trademarks/moderna-this-changes-everything-97435487
But of course all those never-before-seen-in-such-numbers SADs and embolisms and myocarditis and strokes and heart attacks couldn't POSSIBLY be from the vaxx, silly!!  https://www.bitchute.com/video/KF3p5n6NGqnR/ 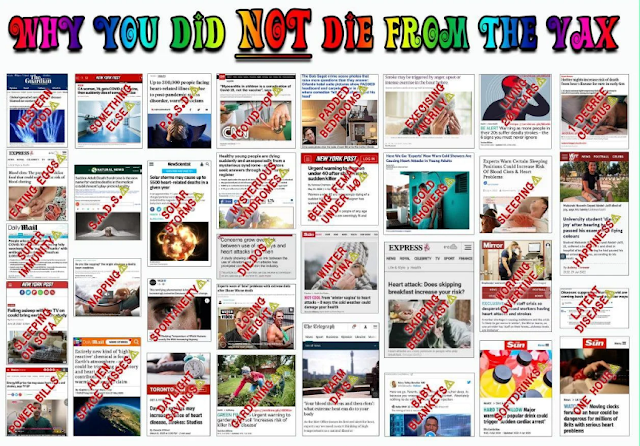 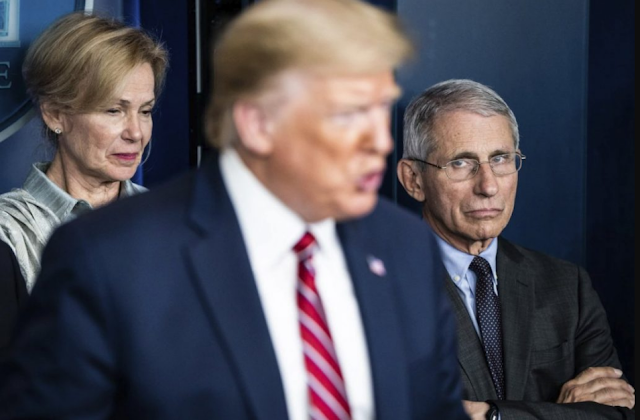 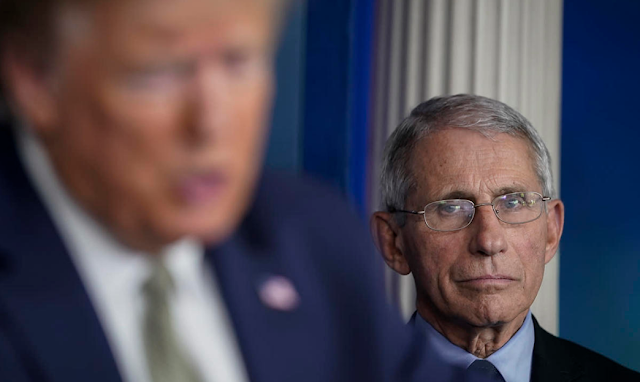 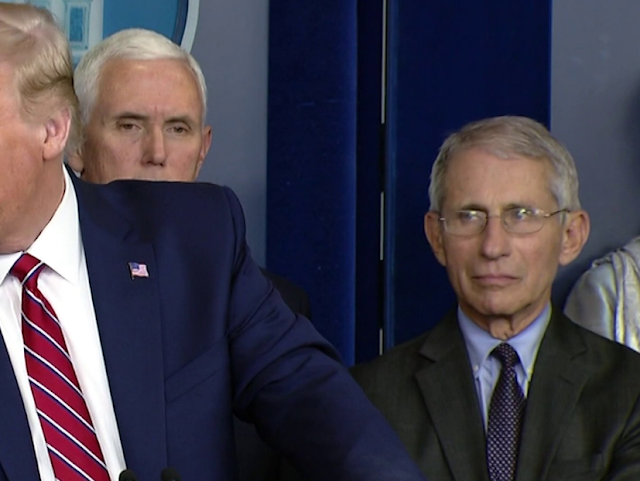