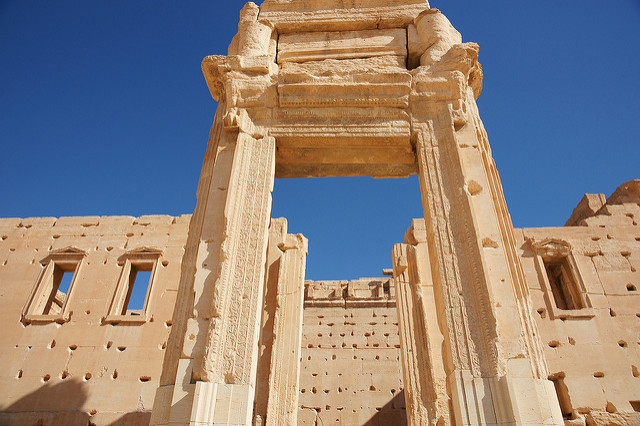 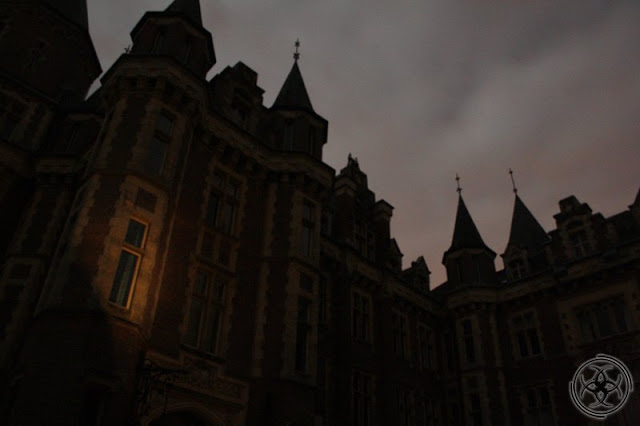 “Never make someone a priority when all you are to them is an option.”    Maya Angelou

“Dark star, let the memory of the evening
Be the first thing that you think of
When you open up your smile and see me, dark star.”  Crosby, Stills and Nash   1977

Welcome to the Feast of Blood, and enter this dark vortex at your peril.  It is now the waning hours of April 19th, the day of sacrifice to the god Baal or Moloch.  There exists no better indicator that something large is taking place behind-the-scenes of world events than that this is also the day the 3-D resurrection of the Temple of Baal, destroyed by ISIS-led forces in Palmyra, Syria in 2015, goes up in Trafalgar Square in London.  The fact that the one slated to go up concurrently in New York’s Times Square today has been postponed due to public outcry almost doesn’t matter, since thanks to the Institute of Digital Archaeology, UNESCO, and Harvard University, another 1,000 50-foot tall, 23-foot wide Baal Temples are scheduled to be erected in another 1,000 cities worldwide over the next 12-18 months.  Let’s recall the catchphrase of George H. W. Bush in multiple speeches before Congress and the UN, the one he borrowed after gazing up at the planetarium dome of the Chateau de Amerois in Muno, Belgium, the dreaded Castle of Darkness (seen above and below) during one of those special “sessions” he and the black elite reveled in amidst rivers of children’s blood. 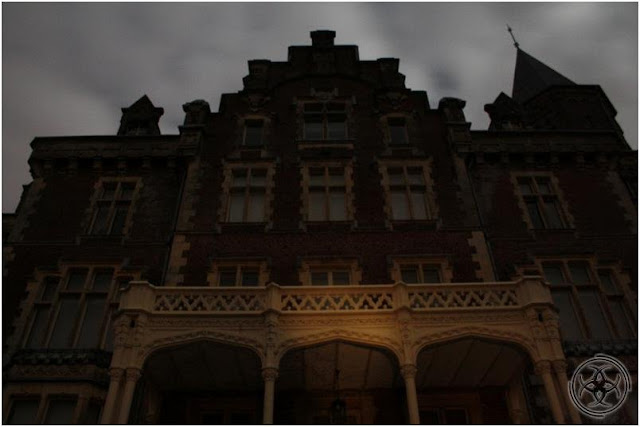 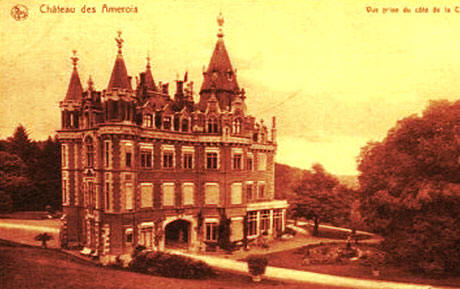 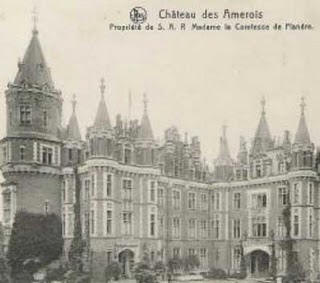 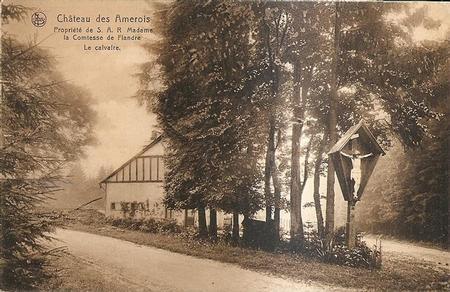 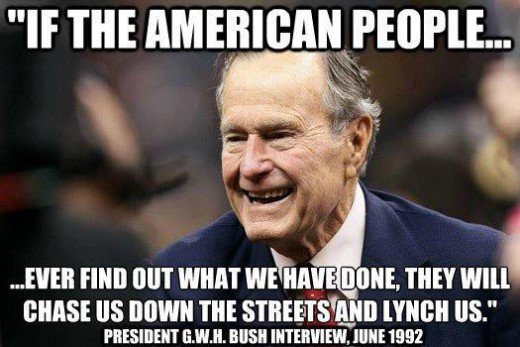 “1,000 Points of Light,” that catchphrase, was always a wolf-in-sheep’s-clothing code for something far darker and more occult than what was advertised as noble philanthropist and humanitarian ideals.  Perhaps now the code of 1,000 points has been modified to encompass 1,000 cities.  Or perhaps it was always intended as such, given how far in advance their mapping goes.  The mastery and control of the knowledge of the past determines the control of the future.

(NOTE: Late breaking word now has it that in effort to disguise the true plans and driving force, the Institute for Digital Archaeology is renaming all coming Baal Temples the Monumental Arch or the Arch of Triumph, which matters not, since despite the obfuscation, ALL these names refer to the same structure dedicated to Baal originally in Palmyra, Syria.) 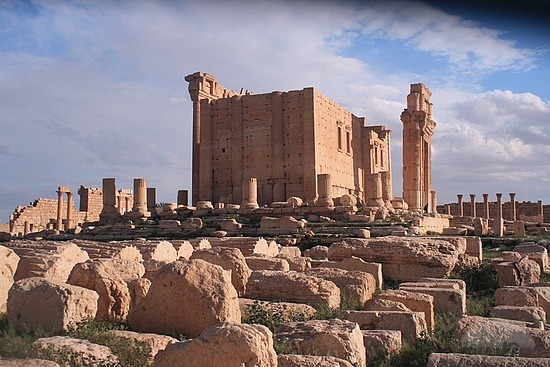 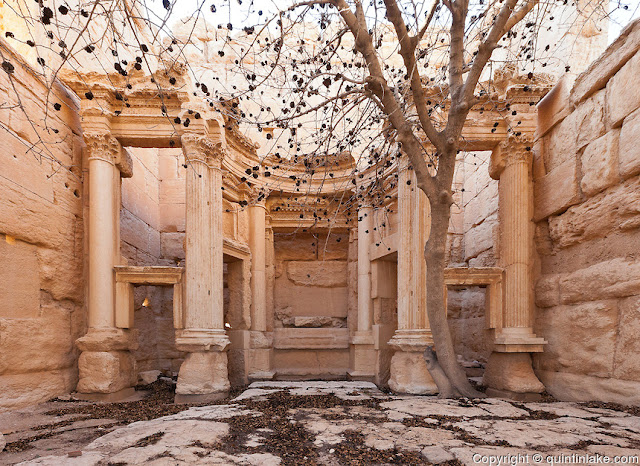 Also I’m sure it’s mere coincidence that along with April 19th being the occult feast of Baal and Moloch (the towering Owl ‘god’ worshiped by those same aforementioned black elite at Bohemian Grove) the 19th was also chosen for what it symbolically represents in the through-line to modern history: the slaughter of children, since no matter what anyone tells you, they were the symbolic and intended targets at all 3 April 19th scenes of carnage at Waco, the Oklahoma City bombing, and Columbine, in 1993, 1995, and 1999.  Remember at Waco, the ostensible rationale (after the fact) behind the entire federal offensive in the first place was to “save the poor children” from the horrible physical and sexual abuse of David Koresh and his Branch Davidian followers.  I know, given the federal government’s abiding interest in ritual satanic child abuse, that’s rich, right?  Well, those government forces willingly and knowingly burned those same children to death when they fired multiple “hot” incendiary, flash-bang devices inside the dry-as-kindling Koresh Mt. Carmel compound on the very same day that their god Baal demanded mass sacrifice.  According to every occult calendar of important dates, the Spring Equinox is only a minor sabbat but does require human sacrifice, and April 19th demands a sacrifice by fire. 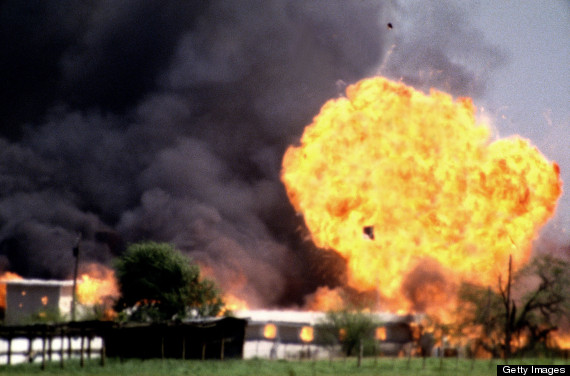 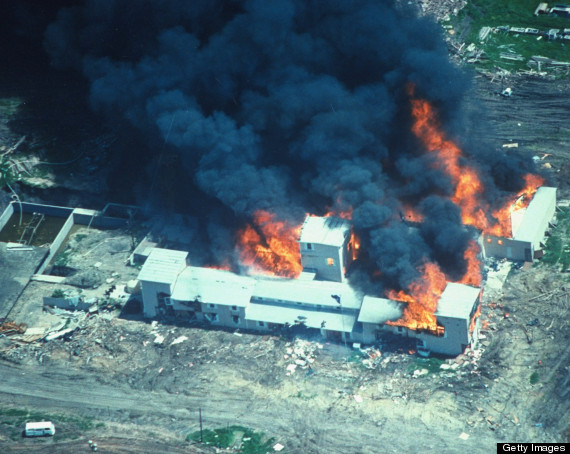 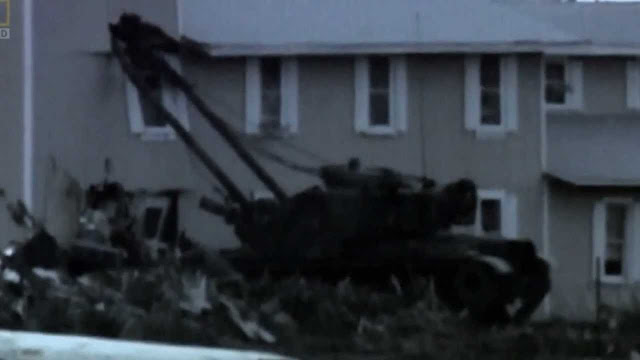 You will notice below one of the actual incendiary “flash bang’ canisters, as well as convoys of armored personnel carriers and Bradley tanks stationed outside Mt. Carmel well in advance of April 19th.  They knew exactly what they were going to do far in advance, making this not a “rush to judgment,” but premeditated murder. 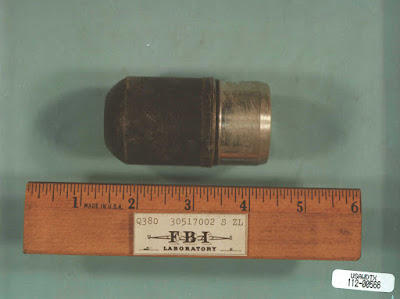 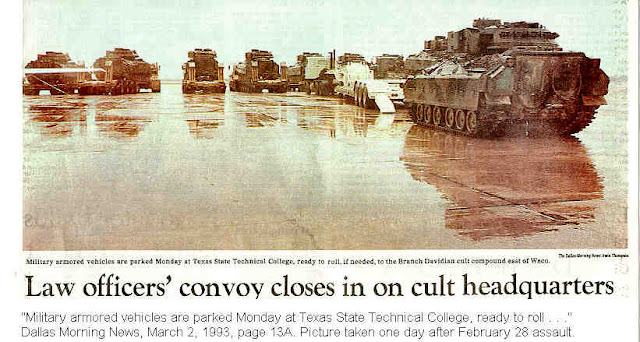 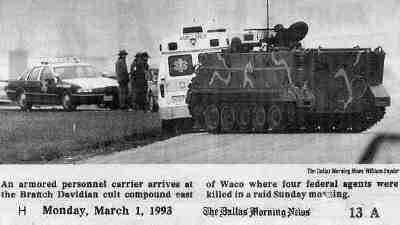 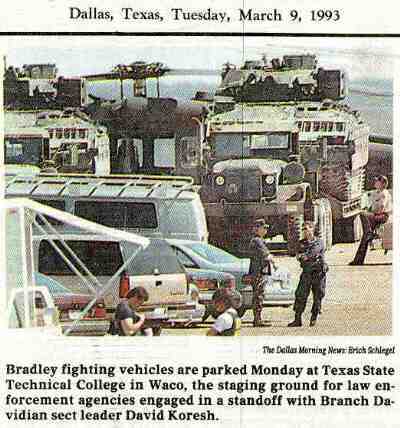 The Branch Davidians were also made guinea pigs of, as they were experimented on with all manner of the then latest high-tech, state of the art, mind control devices, often for periods of 24 hours a day without letup. 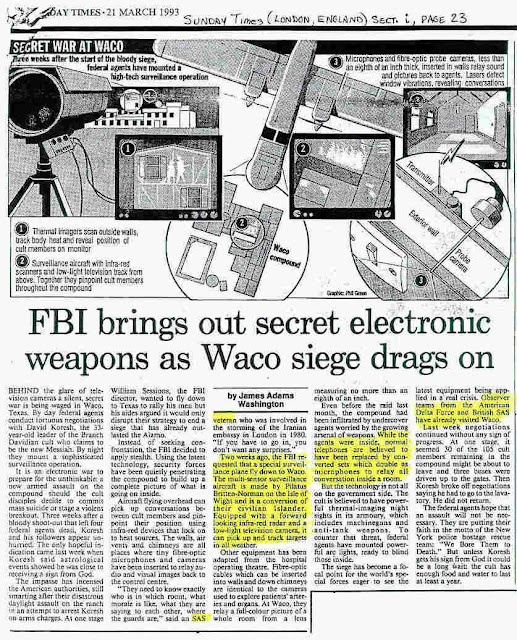 The fact that the victims all observed worship of the Christian God only made the FBI and ATF (Bureau of Alcohol, Tobacco and Firearms) relish the massacre of the innocents all the more.  The same FBI and ATF that had foreknowledge that the bombing of the Murrah Building was coming. 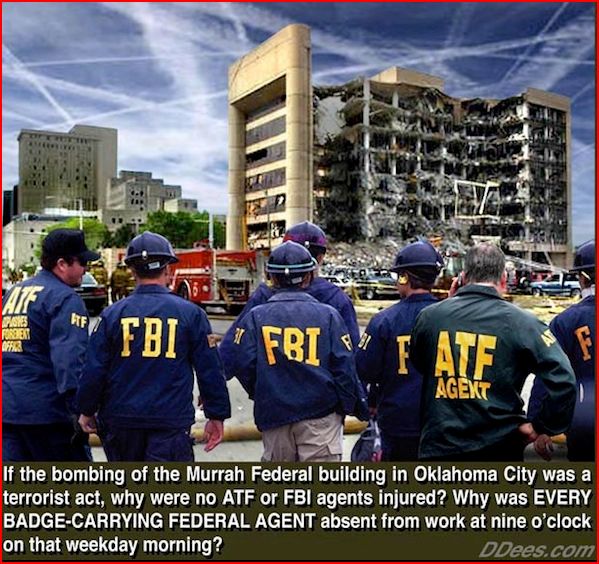 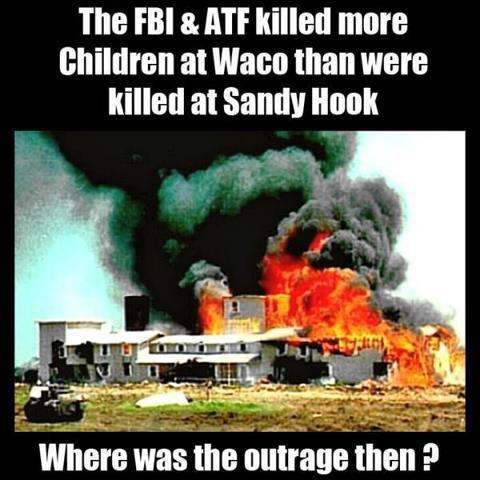 The stripe of then-FBI-head Louis Freeh has only become all the more apparent in recent months at his being placed in command of large-scale cover-ups and suppressing evidence in not one but 2 widespread pedophile rings: the Jerry Sandusky Second Mile at Penn State, and the Jeffrey Epstein ring which heavily implicated Bill Clinton, Prince Andrew, and Donald Trump to name only 3 among a cast of hundreds, if not thousands.

Freeh has the insidious distinction of having aided and abetted the criminal cover-ups of not only all 3 of our occult bloodlettings in Waco, OKC, and Columbine, but also the scuttling of evidence in the 2 main pedophile cases that could have seen real traction in the getting-to-the-bottom of who runs these sinister, and very occult, “workings” that lead to all levels of worldwide governments and the international supposed “elite” of society, who are in reality raging psychopaths in the truest sense of the word.  If a picture indeed is worth a thousand words, look into the sick eyes of this man, and tell me what incalculable, lifeless void you see, and remember that his chosen targets for profit, career gain, and perverse pleasure, have always been children. 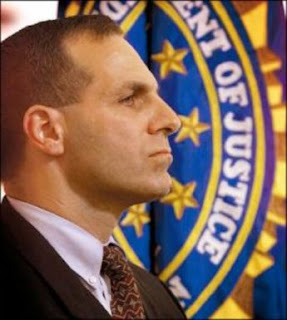 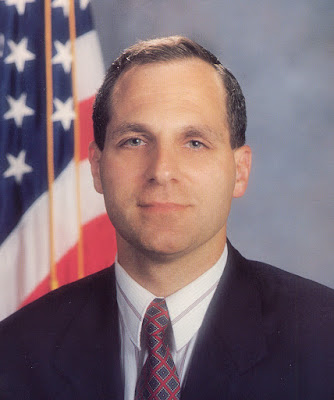 In addition, Freeh was the impetus behind the FBI’s Project Megiddo, an interior report released in October 1999 that named Christians and adherents of “New World Order conspiracy theories” as the 2 likeliest groups to emerge as “domestic terrorists.”  Freeh, in another occultic touchstone, also happens to be a member of the shadowy and secretive Opus Dei, a warning sign if there ever was one. 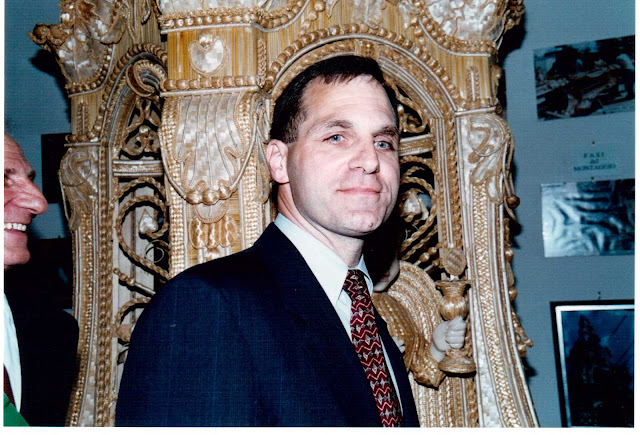 The main “collateral damage” in the Oklahoma City bombing by unknown “others” than the intended scapegoat Timothy McVeigh, (others still at large by the way) was the children’s daycare located on the 2nd floor in the Murrah Federal Building.  And of course, by definition, all of the Columbine victims were children, in a massacre that to this day has as many unanswered questions as the 9/11 operation and actually began on the night of the 19th, when multiple bombs with military-grade mercury switches were placed by parties unknown inside the school.  The fact remains that all 3 of these specifically engineered tragedies advanced, with substantial increases after each, the multi-level, solid-State control system under which we now labor.  And when seen as advancements in social engineering and trauma-based mass mind control, each served as beta tests and set the stage for the coup-de-grace (pardon the pun) that was 9/11, when the clampdown really began. And each just so happened to fall on April 19th, in the shadow of the coming of Beltane, or Walpurgisnacht, the occult high holy day as April 30 transitions into May 1 that the Baal/Moloch festivities on the 19th only serve as the precursor for.

Given what we’ve examined in previous months regarding CERN’s activities, and what their ultimate goal may be, perhaps those Baal gates in each of those 1,000 cities are intended to be used as portals for something other coming through into this reality, as was the intention of the original Temple of Baal in Syria millennia ago.


Whatever the overriding agenda happens to be at this time, a dominating theme begins to emerge along multiple fronts, that of other intelligences, in communication with a “priestly class” here on earth, breaking through “the veil” into this dimension of existence.  Ominous headlines that span the globe, and the endeavours of all the earth sciences in recent months, point to this, and all which have to do with the “as above so below” occult dictate, as we’ll get to in the next installment of this continuing multi-part expose.  I’m serializing this and trying it this way this time, in more easily digestible chunks, for ease of meditation and assimilation, as this mind-bending material certainly requires on this guided tour of the nocturnal side of reality, and as I try to understand this along with you.  Stay tuned to this space and stay safe.
Posted by wordman at 1:34 AM