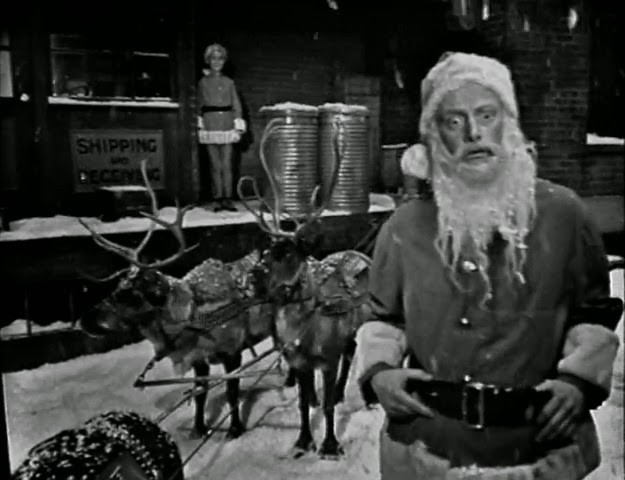 In case some of you weren’t on board the night train in years gone by for Christmas, I’ve got something to share with you.

Around this time of year, some people need A Christmas Carol or It’s A Wonderful Life or Johnny Mathis singing “Marshmallow World,” or Andy Williams crooning “Happy Holidays.”  Me, I’m a sucker for “Baby It’s Cold Outside.”  Johnny Mercer and Margaret Whiting if you please, but Al Hirt and Ann Margaret will do in a pinch.  Dolly Parton and Rod Stewart…uh, just…no.  Lady Gaga and Joseph Gordon-Levitt??  Hurry Jeeves, the flamethrower to burn my ears off!

And I may watch White Christmas with Bing Crosby and Danny Kaye, and as many versions of the Nutcracker as I can get my fill of, but each and every Christmas, the only thing I really NEED is “Night Of The Meek.”  Because that December 23, 1960 Twilight Zone episode is one little 25 minute nugget of everything Christmas ever could, or should be.  Even the early use of video for budgetary reasons can’t diminish the impact.  If anything, that daytime-soap opera-black bloom-highlight only serves to accentuate the ambiance of the piece, making it like something you’d see on a Playhouse 90, a live stagebound CBS drama.

Featuring phenomenal performances from Art Carney as a down-on-his-luck Santa, and a genius script by Rod Serling, these two Golden Age of Television stalwarts combine for a moving lesson, and a scathing rejoinder, to those that know the price of everything, and the value of nothing. 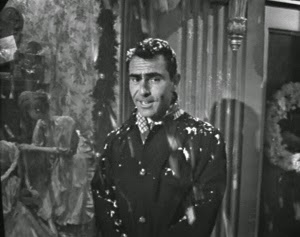 Given his lasered-in view of the world even in the 1950s and 1960s, Serling could at times lapse into heavy-handedness and cynicism in his writing (almost as if he could glimpse the world that was on the way) but critics forget that each and every time in his social criticisms he was dead-on, and when he opened his heart, he opened it without reservations.  He and Carney both would embrace the “life fully lived” title in their time, and here they both score a bullseye in telling us you don’t have to be rich or a big-shot to make a difference in this world.  Henry Corwin’s lamentations, while certainly those of a troubled soul, are neither personal nor self-centered despite his meager surroundings and unemployed status.  If anything, the lesson lies in his intoxicated ravings being only the most selfless wishes for others – his own desire, his Christmas wish -- to have the ability to do something for the poorest among us even though he has nothing.

Enjoy it, share it, gift it in all its black-and-white glory: https://www.youtube.com/watch?v=P0s3EznU26k 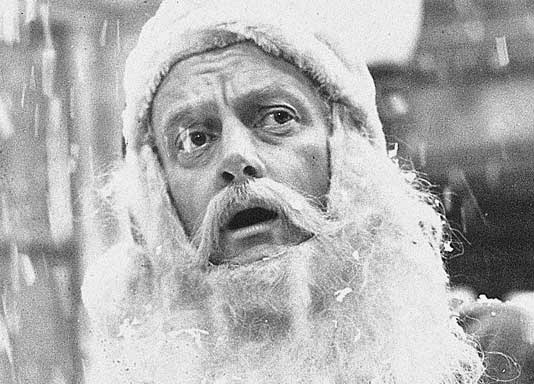 “A word to the wise to all the children of the twentieth century, whether their concern be pediatrics or geriatrics, whether they crawl on hands and knees and wear diapers or walk with a cane and comb their beards.  There’s a wondrous magic to Christmas, and there’s a special power reserved for little people.  In short, there’s nothing mightier than the meek, and a Merry Christmas to each and all.”
Posted by wordman at 2:52 PM